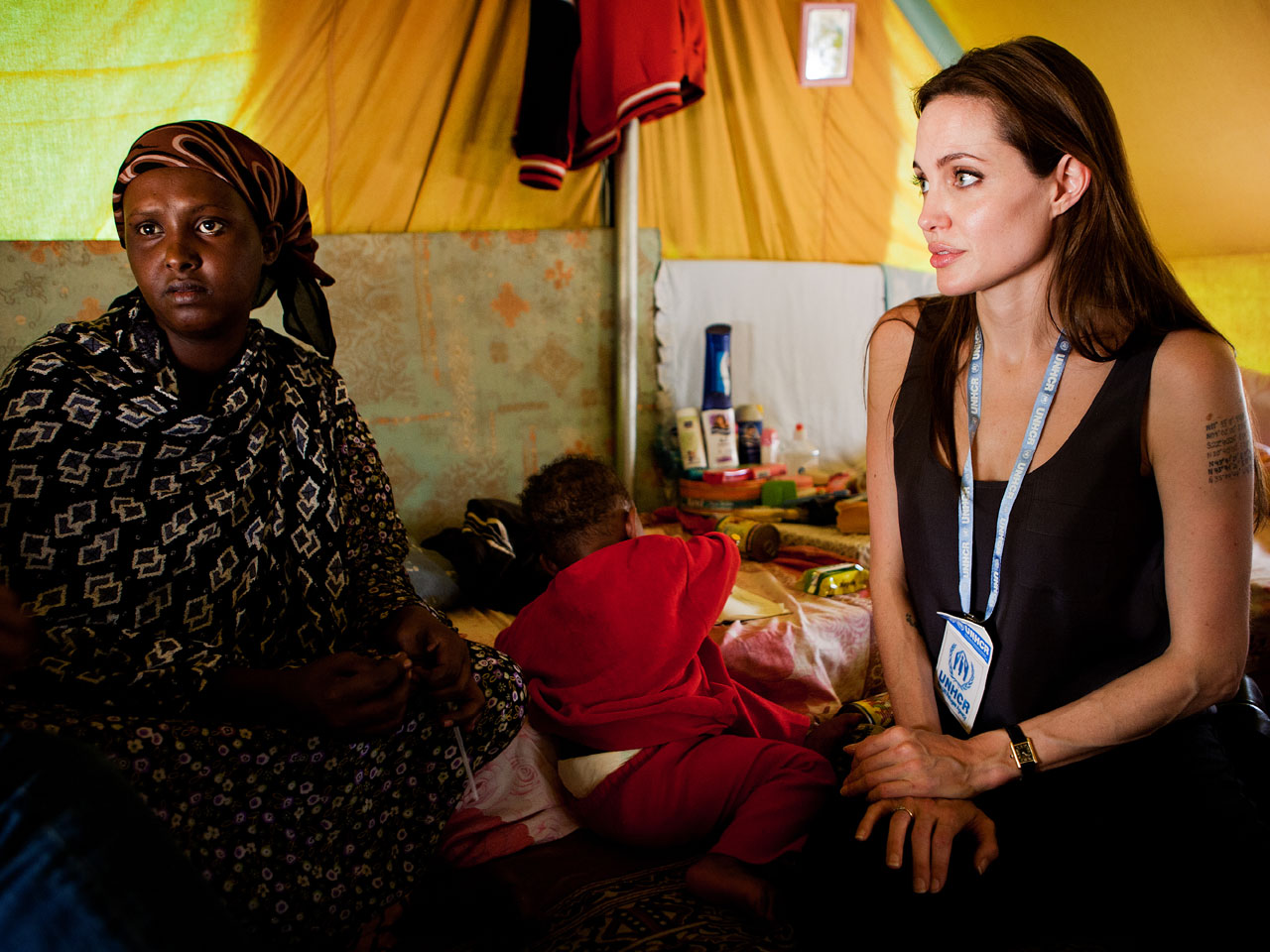 (CBS) Angelina Jolie's visit to the African country of Tunisia on Tuesday reportedly caused a lot of commotion.

The actress, a United Nations goodwill ambassador, was in the country to urge support for refugees who fled the violence and political unrest in neighboring Libya.

A photographer told X17online.com, "The people were beyond excited to see her. There were thousands of refugees screaming her name and chanting. The crowd was closing in on her and her security detail; it was intense."

TMZ.com describes the scene a bit differently. According to the celebrity gossip website, some people in the crowd got physical with one another, but Jolie was taken to a waiting car and driven away from the scene without incident.

But another kind of commotion was stirred up when Jolie, 35, was photographed in the region sporting a new tattoo - a seventh set of map coordinates on her arm - that sparked rumors that the actress may be adopting again.

Jolie already has six other coordinate tattoos, marking the birthplaces of each of her children - Maddox, 9, adopted from Cambodia; Pax, 7, adopted from Vietnam; Zahara, 6, adopted from Ethiopia; Shiloh, 4, born in Namibia; and 2-year-old twins Knox and Vivienne, born in France.

But, a source told People magazine, all the adoption speculation is untrue.

In Touch magazine offered up another explanation for the coordinates - according to the magazine, the latitude and longitude represent Oklahoma, where her partner, Brad Pitt, was born.