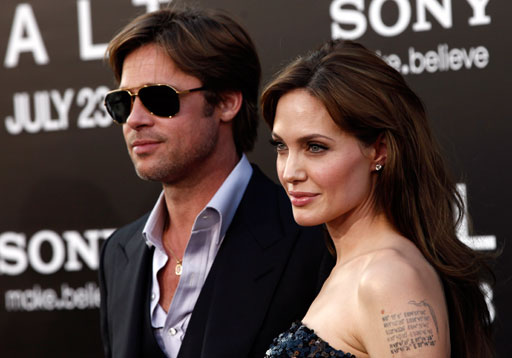 NEW YORK (CBS) It was a family affair for Angelina Jolie at the Los Angeles premiere of her film "Salt."

Her father, actor Jon Voight, and her brother, actor James Haven, both attended the red carpet event on Monday at Grauman's Chinese Theatre.

Jolie arrived in a short, sparkly black dress, and posed for photographs with partner Brad Pitt (who sported a bit of stubble - a welcome change from his much-talked-about scraggly beard, which he recently shaved offfor a movie role).

"Salt" stars Angelina Jolie as CIA officer Evelyn Salt. When she is accused of being a Russian spy, she goes on the run to elude capture while trying to prove her innocence.

The film opens in theaters on July 23.