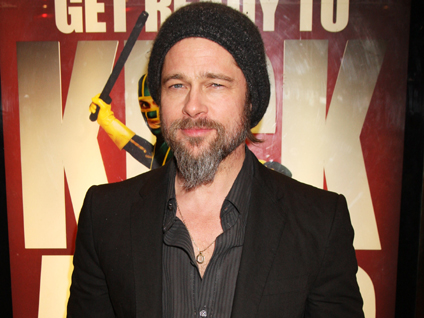 The actor was spotted in Los Angeles without his long, scraggly scruff on the set of "Moneyball." He plays the beardless Oakland A's general manager Billy Beane in the film. (You can see the photo here.)

Pitt had been growing the much-discussed beard for about a year, but trimmed it down significantly last month in preparation for getting rid of it completely for the film role.

When asked back in March whether there was a reason for the beard, he told Britain's Sun that he just couldn't be bothered to change it.

"It's boredom. No other reason than that," he said.