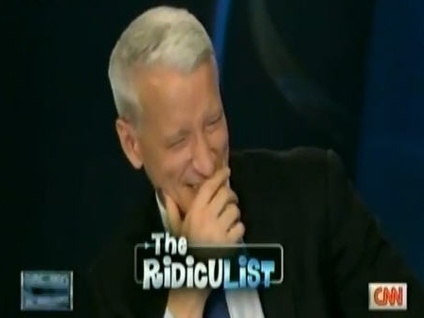 The CNN host began to laugh uncontrollably while making a series of puns about the incident for his "The RidicuList" segment on "AC360" Wednesday night. (Watch the video below.)

Cooper kept stopping to laugh as he talked about the "thes-pee-an" taking a "solo flight to urine-nation" and other pee-related puns, but lost it when he said "at least it wasn't Depar-two" (as in going No. 2).

"This has actually never happened to me," he said as he struggled to regain his composure. "You always see this sort of thing on YouTube, and you don't think it could happen to you."