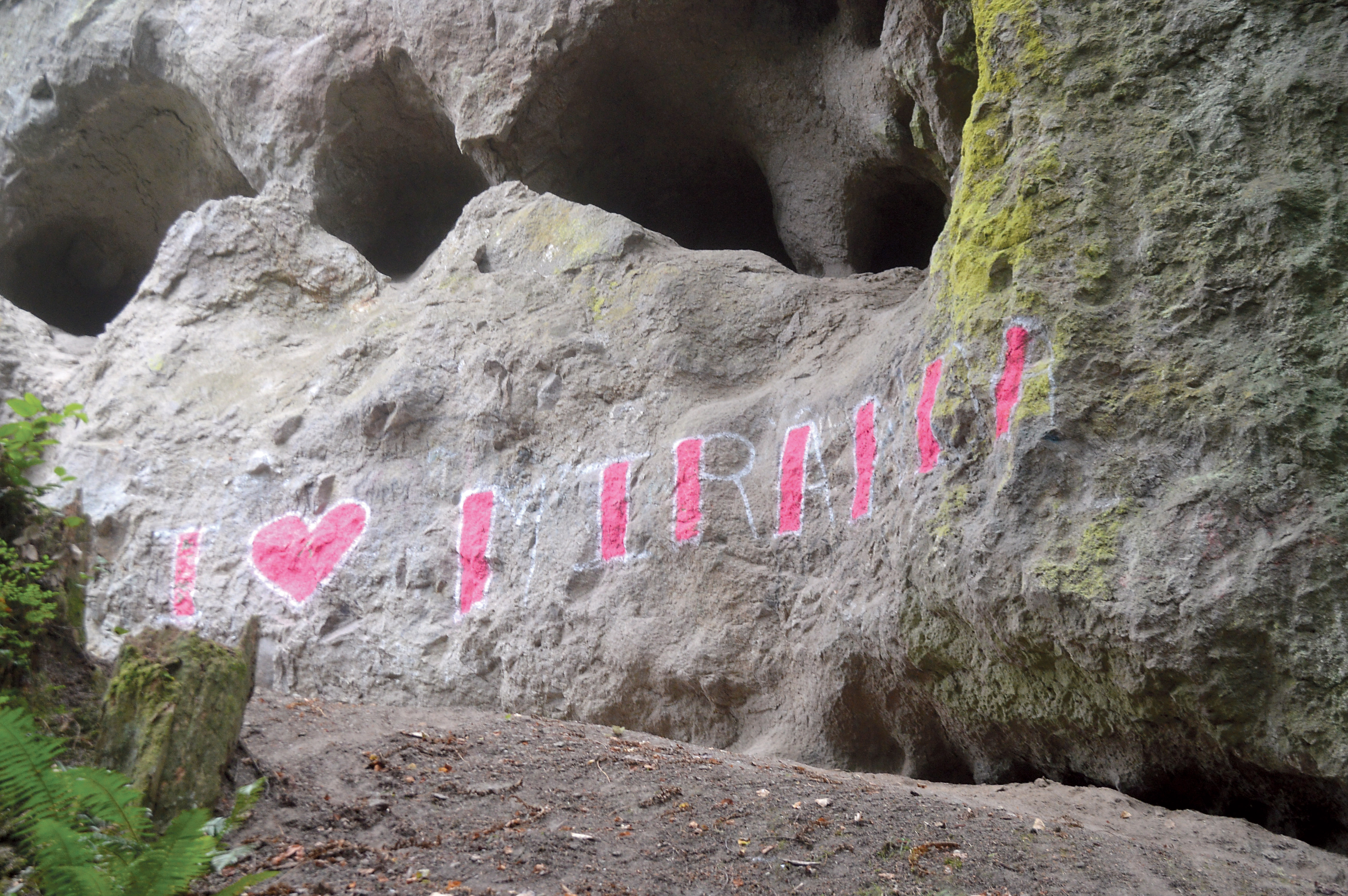 CHIMACUM, Wash. - Graffiti expressing affection for someone named Miranda has marred one of the most sacred sites for an American Indian tribe in Washington state.

Jamestown S'Klallam officials learned last month of the pink and white painting of "I (heart) Miranda" on the towering Tamanowas Rock northwest of Seattle. The 43-million-year-old monolith has been used for millennia by Salish Native Americans for hunting, refuge and spiritual renewal rituals.

"It's an incredibly important site for us," Annette Nesse, chief operating officer for the tribe in Blyn, told The Peninsula Daily News.

The Jamestown S'Klallam tribe bought the rock and 62 surrounding acres from the Jefferson Land Trust for $600,000 in December.

Standing more than 150 feet tall, Tamanowas Rock is made up of a pair of basalt masses that shoot up through a dense forest, offering sweeping vistas of Admiralty Inlet, Whidbey Island and the Cascades.

The graffiti is about 8 feet long from end to end in letters that are roughly 3 feet tall.

The area is a favorite spot for rock climbers. In the past, however, the worst impact they left behind was campfire remnants.

The "I (heart) Miranda" tag also was painted on the Uptown Theatre in Port Townsend last month.

"I don't know who Miranda is," Nesse said. "She must mean a lot to somebody, but painting it on the rock is definitely not the best way to express it."

Nesse and Bill Laubner, manager of the tribe's facilities, are determining the best way to remove the graffiti without damaging the rock.

Nesse doesn't think the painting was done with malice. "I just think whoever painted that didn't realize how important the rock is to us," she said.

Tamanowas Rock, also known as Chimacum Rock, was listed on the Washington Heritage Register in 1976. The tribe also is seeking to have it added to the National Register of Historic Places.

The rock, believed to have formed from molten lava, was used as a lookout for mastodon hunters, according to tribal spokeswoman Betty Oppenheimer.

Caves formed from gas bubbles during the rock's development were used for spiritual vision quests.