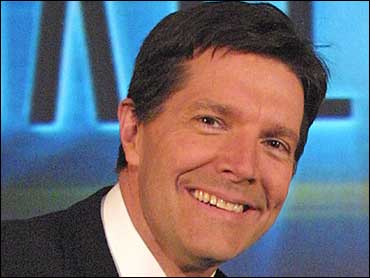 NBC News is dropping "Dateline NBC" anchor Stone Phillips in a cost-cutting move when his contract expires at the end of June.

Phillips won't formally be replaced. His co-anchor, Ann Curry, will continue and other "Dateline NBC" reporters will serve as on-air hosts when the newsmagazine presents stories they're working on, the network said Tuesday.

"It's been a wonderful 15 years," Phillips said in a statement issued by NBC. "I'm profoundly appreciative of the many friends and colleagues, past and present, who have been a part of the 'Dateline' family. This is a great news division with a bright future. I wish the people of NBC News all the best."

He didn't immediately return a call for further comment.

Phillips was teamed with Jane Pauley, who left NBC is 2003, for much of his time at "Dateline NBC." At its peak, the newsmagazine churned out as many as five episodes a week.

The newsmagazine is probably best known now for reporter Chris Hansen's "To Catch a Predator" series nabbing suspected pedophiles. On NBC's fall schedule, the newsmagazine has only one permanent time slot, on little-watched Saturday night. It will be on three times a week in June.

NBC News has been restructuring to cut costs. Earlier this spring, it didn't renew the contract of "Nightly News" weekend anchor John Seigenthaler.

The Phillips move was similar in that the network is concentrating money on reporting and more versatile personalities. Seigenthaler, for example, was replaced by Lester Holt, who's also host of "Weekend Today." Curry is a newsreader on "Today" and reporter for "Dateline."

NBC News is a division of General Electric Co.