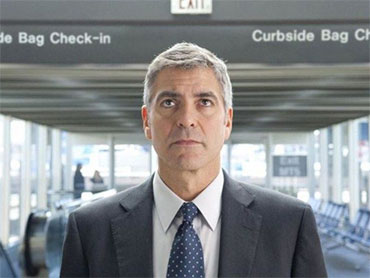 Academy Awards organizers have shaken up their show by doubling the best-picture category to 10 nominees in hopes of a broader range of films, mainstream movies mixing with the sober dramas that Oscar voters often favor.

The upside: If crowd-pleasers such as "Up" and "Star Trek" make the cut, it could give audiences more reason to watch the Oscars, whose ho-hum TV ratings often climb in years when blockbusters are in the running.

"The Academy Awards are very important to the industry because they're a commercial for the business. Every year, they're watched worldwide," said Andrew Kosove, a new academy member and a producer on "The Blind Side," the sports-themed drama that's become a surprise box-office smash and has caught some best-picture buzz. "If all the nominees are films that are artistically wonderful but commercially obscure, what happens is the interest in the show has dissipated, and that's bad for the business."

The show drew its biggest audience for the 1997 awards year, when "Titanic" swamped the box office with a record $1.8 billion haul worldwide and dominated the Oscars. On a general decline since, the ratings spiked for the 2003 Oscar year, when the final chapter in the "The Lord of the Rings" blockbusters swept the awards.

From 1931 to 1943, there usually were 10 and some years as many as 12 nominees for best picture at the Oscars. In 1944, Academy overseers dropped the best-picture field to five, where it had been ever since until now.

This is a different era from that golden age of Hollywood, when studios often churned out 10 or more certified classics a year. Studios now are focused on action franchises and goofy comedy, mostly aimed at young audiences.

Critics say expanding the race to 10 nominees might water down the Oscars with some nominees that do not quite merit the best-picture label.

Now that they have set the number at 10, though, academy bosses are prepared to run with whatever lineup of nominees the 5,800 Oscar voters choose.

"We're going to give the Academy Award to one of those movies," said Tom Sherak, serving his first year as academy president. "End of subject."

Here's a look at possible contenders for best picture and other top Oscar categories:

By this time most years, Oscar watchers generally have narrowed the best-picture prospects down to eight or nine films that have a shot for five nominations. Uncertain how academy members might vote for that extra five nominees this time, the pundits are flummoxed, with a couple of dozen titles getting best-picture attention.

Small and sober continue to dominate, with Oscar forecasters citing such dark tales as "The Hurt Locker," "An Education," "A Serious Man" and "Precious: Based on the Novel `Push' by Sapphire" as strong best-picture contenders.

George Clooney's comedy "Up in the Air" has the best of both worlds, with strong critical support and a good start in limited release toward mainstream box-office results.

With great performances from Clooney, Vera Farmiga and Anna Kendrick, topical themes in its story of corporate downsizing and slick, smart direction by Jason Reitman ("Juno"), "Up in the Air" could emerge as an Oscar front-runner.

Both "Titanic" director James Cameron and "The Lord of the Rings" creator Peter Jackson are back with films this season.

Cameron has drawn raves for the visual innovations of his sci-fi epic "Avatar," though critics are less enamored of the story and its alien romance. Still, if it made the best-picture field, it might give a lot of fan boys incentive to switch on the Oscars.

Jackson's drama "The Lovely Bones" has gotten a muted critical reception, though as a smaller story with narrower box-office prospects, it would not help the Oscar ratings much.

Along with "Avatar," "Up," "Star Trek" and "The Blind Side," other populist films showing up among the forecasts this season include Quentin Tarantino's "Inglourious Basterds," Meryl Streep's "Julie & Julia" and her upcoming romance "It's Complicated."

The musical "Nine" - from director Rob Marshall, who made best-picture winner "Chicago" - has an all-star cast of Oscar winners and nominees and could break into the field for the top prize.

Other films on the Oscar radar include "The Last Station," "A Single Man," "The Road," "Crazy Heart," "Bright Star," "The Messenger" and "The Young Victoria."

With just three films, "Thank You for Smoking," "Juno" and "Up in the Air," Jason Reitman has established himself as one of the brightest young talents in Hollywood.

The son of "Ghostbusters" director Ivan Reitman, he has had critics enthralled since "Up in the Air" debuted on the festival circuit late last summer.

Working from Walter Kirn's book, writer-director Reitman seized the novel's central idea of a traveling man disconnected from ground-level reality and created his own razor-sharp story around him.

With recession-era relevance in his tale of a man who fires people for a living - and the brilliant stroke of filming real people as they talk about losing their jobs - this could be Reitman's Oscar triumph.

Two guys who already have supporting-actor Oscars make strong cases to take home the leading-man trophy, George Clooney as a frequent-flyer junkie in "Up in the Air" and Morgan Freeman as Nelson Mandela in "Invictus."

Daniel Day-Lewis, who has won two best-actor Oscars, is in the running again as a filmmaker in a creative funk in "Nine."

Then there's the Hollywood veteran of four decades, Jeff Bridges, nominated four times without winning. Bridges is terrific as an alcoholic country singer still belting out tunes at dive bars in "Crazy Heart."

Sandra Bullock, one of the most enduring box-office draws in modern Hollywood, has never been nominated. That might change with "The Blind Side," a football drama that has drawn Oscar chatter for Bullock's performance as a woman who opens her home to Michael Oher, a homeless teen now in his rookie season with the Baltimore Ravens.

Bullock's competition might include breakout performances from two twentysomething actresses.

After an apprenticeship in British TV and films, Carey Mulligan takes over the screen in "An Education," delivering a sparkling turn as an Oxford-bound 1960s teenager who puts her plans on the line when she takes up with an older man.

Gabourey Sidibe won the title role in "Precious" at an open casting call and makes her screen debut with a powerhouse performance as a Harlem teen overcoming a lifetime of abuse, neglect and illiteracy.

Christoph Waltz was a respected TV and stage actor in Germany but virtually unknown elsewhere before his role as a gleefully savage Nazi in "Inglourious Basterds." With early supporting-actor honors from festivals and critics already in hand, Waltz is a strong contender for an Oscar win.

More than a few awards watchers have stumbled over mentioning Mo'Nique and Oscar in the same breath this season. The actress previously known for lowbrow comedy turns in a remarkable performance as a despicable welfare mother in "Precious," a role that might make an Oscar winner of Mo'Nique.