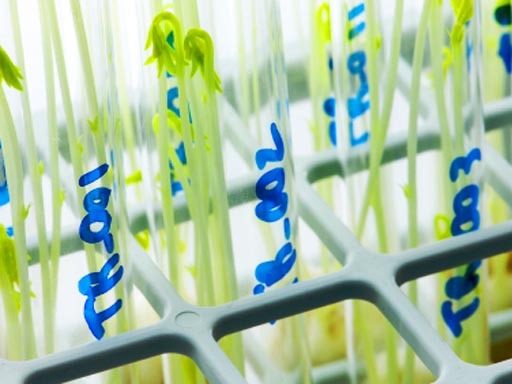 (CBS) Is a cure for Lou Gehrig's disease on the way? Researchers are hopeful after discovering a genetic mutation they think is responsible for the debilitating neurological disorder also known as amyotrophic lateral sclerosis (ALS). And they hope the findings might lead to a cure for another dreaded brain disease - dementia.

Scientists have long suspected a genetic link for the diseases, but hadn't pinpointed it yet.

"This finding has the potential to lead to significant insights into how both of these neurodegenerative diseases develop, and may give us much needed leads into new ways to treat our patients," Dr. Rosa Rademakers, associate professor of molecular neuroscience at the Mayo Clinic, said in a university written statement.

How did researchers find the mutation?

"If you think of chromosomes like geographic regions, we knew what city this mutation was located in, and what part of the city, but we didn't know what street it was located on or which house," Dr. Brian Traynor, chief of neuromuscular disease research at the National Institutes of Health, said in a written statement. "We were really looking for the exact address for this mutation."

And scientists at the Mayo Clinic and NIH think they've found it. Their study - published in the September 21 issue of Neuron - found the mutation accounted for 22 percent of inherited ALS cases. The same mutation was responsible for 12 percent of familial cases of so-called frontotemporal dementia.

For cases of the diseases not suspected of being passed down within families, the genetic mutation was found in 3 percent of dementia patients, and 4 percent of ALS patients.

Dr. Adam Boxer, dementia researcher at the University of California at San Francisco, said the discovery also makes it possible to develop a diagnostic test for the mutation, as well as to create animal models that may be used to help unravel the molecular mysteries of the diseases.

"Ten years ago some neurologists did not acknowledge the existence of FTD," Boxer said in a written statement. "Today we are much better at diagnosing the disease."

ALS progressively destroys motor neuron cells that control muscle activity like speaking, breathing, and swallowing. People with ALS typically die within three to five years of disease onset. Frontotemporal dementia is the second most common form of early onset dementia. Symptoms include changes in personality, behavior, and language loss, caused by loss of gray matter in the brain's frontal lobe.

But the authors say more research needs to be done before these diseases can be prevented.

Said Rademakers, "Why some patients develop FTD and others ALS, despite carrying the same genetic defect, remains unknown and will be an important area of future research."