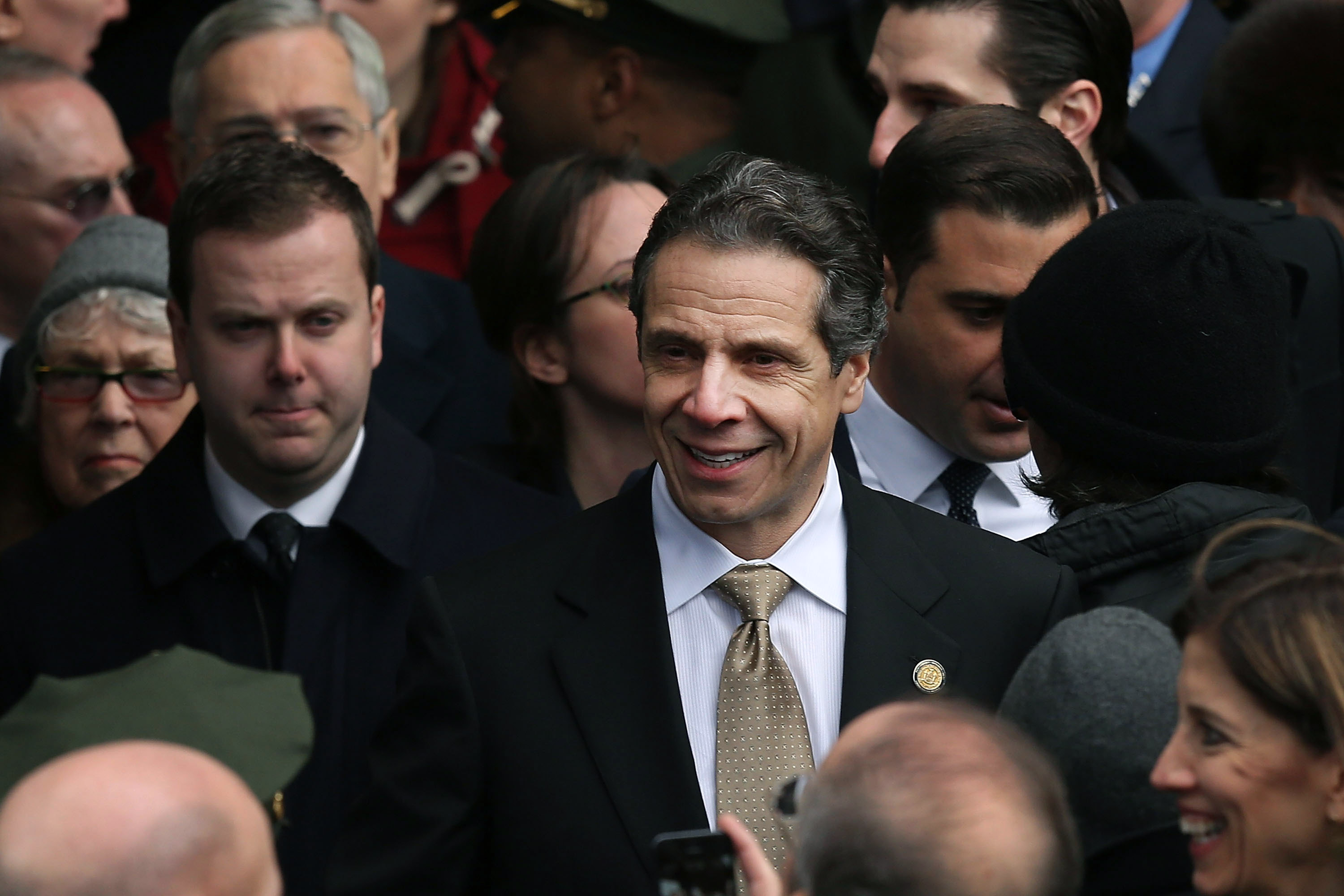 New York Governor Andrew Cuomo is fighting back against reports that he's scheming about his 2016 options, swiftly denying a Monday New York Post report alleging he told colleagues he wouldn't run for president if former Secretary of State Hillary Clinton got in the ring.

Monday, the Post reported that Cuomo had told people "there's not a chance for him to run if Hillary gets in the race because she'll easily wrap up the Democratic nomination," per a Cuomo administration insider. "He knows that and he accepts that, and so he won't even be thinking at all in those terms -- unless Hillary decides not to run, which seems unlikely."

The governor shot back on WCNY, telling Susan Arbetter: "There is no truth to the assertion that I'm talking presidential politics and strategy and what Hillary Clinton should do or shouldn't do or what I'm doing presidentially."

"The only discussions I'm having are about how to help the state, how to get the state running, how to make the government a better government," he continued. "And to the extent I'm focusing on politics, it's my race next year."

Clinton has topped a slew of early 2016 presidential polls, including one that recently gave her an overwhelming lead over Cuomo. The New York governor, meanwhile, has been adamant in rebutting the notion he is actively considering a bid for himself.