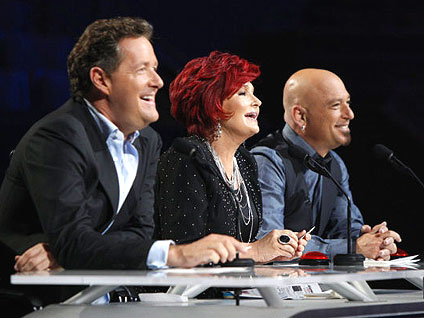 NEW YORK (CBS) Musical talent took center stage as results were revealed of the semi-finalists on "America's Got Talent."

Four acts advanced to the semi-finals. Among them were Georgia singer Nathaniel Kenyon, who looked like an "American Idol" hopeful; glow-in-the-dark crowd faves Fighting Gravity; singing sisters Christina and Ali, who are both affected by cystic fibrosis; and Future Funk, picked by two out of three judges.

Another 12 acts will perform live in Hollywood, competing for four more spots in the semi-finals, on July 20.