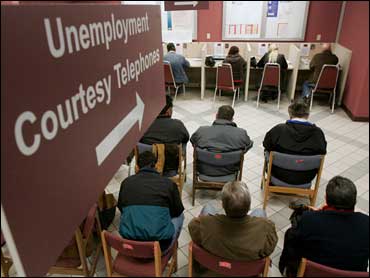 It's one dose of bad news after another - a slumping stock market, rising unemployment and billions of taxpayer dollars used to rescue ailing banks.

The growing numbers of jobless, the president said Friday, is "not the future I accept" for the United States.

For some people, like Ron Zick of Glenview, Illinois, there's no time to waste.

"My level of patience for the entire situation we are in is zero," said Zick, a small business owner.

Others aren't holding out hope for a turnaround any time soon.

"It's not going to be a matter of months," said Patricia Irwin of Sharpsburg, Maryland. "There are so many things that are seriously wrong."

Irwin, a Democrat who voted for Mr. Obama in November, supports the president's handling of the economy thus far, but she said she's not expecting to see any measurable change for at least a year.

"We know it's going to be really bad and we're looking for an unemployment rate that peaks out around 9.5 percent next spring," David Wyss, chief economist at Standard & Poor's, told CBS News.

That's in line with a majority of Americans, according to an Associated Press-GfK poll conducted in January. The poll found that 72 percent of Americans believe it will take more than a year to see any noticeable improvement in the economy. An NBC-Wall Street Journal poll out this week found a similar sentiment, with two-thirds saying President Obama has more than a year to turn the economy around before people start holding him responsible.

The president himself is calling for patience, saying repeatedly that he's more concerned with putting the U.S. on a path toward long-term financial stability than finding a quick fix.

"What I'm looking for is not the day-to-day gyrations of the stock market, but the long-term ability for the United States and the entire world economy to regain its footing," Mr. Obama said this week.

But why are notoriously impatient Americans willing to give the president so much breathing room?

Darrell West, director of governance studies at the Brookings Institution, said Mr. Obama is not only benefiting from the honeymoon period often afforded new presidents, but also the extraordinary scope of the economic problems.

"I think people are going to be a little more patient this time around," West said. "They understand that President Obama inherited this, he did not create this problem."

But eventually President Obama will own the problem.

Republicans in Congress are hoping the public starts holding Democrats, from President Obama on down, accountable sooner than that, specifically, before the 2010 midterm elections. In recent days, Republicans have countered the idea that Democrats merely inherited the economic problems by pointing out that key Democrats voted for higher spending that Republicans say added to the nation's fiscal woes.

The Obama administration projects the overall economy will shrink by 1.2 percent this year, but rebound with solid 3.2 percent growth in 2010, followed by 4 percent growth in the three following years. That's more optimistic than predictions from most private economists.

Part of Mr. Obama's task is to give the country a psychological boost, West said.

But Stephen Wayne, a professor of government at Georgetown University, said Mr. Obama will have to show Americans tangible improvements.