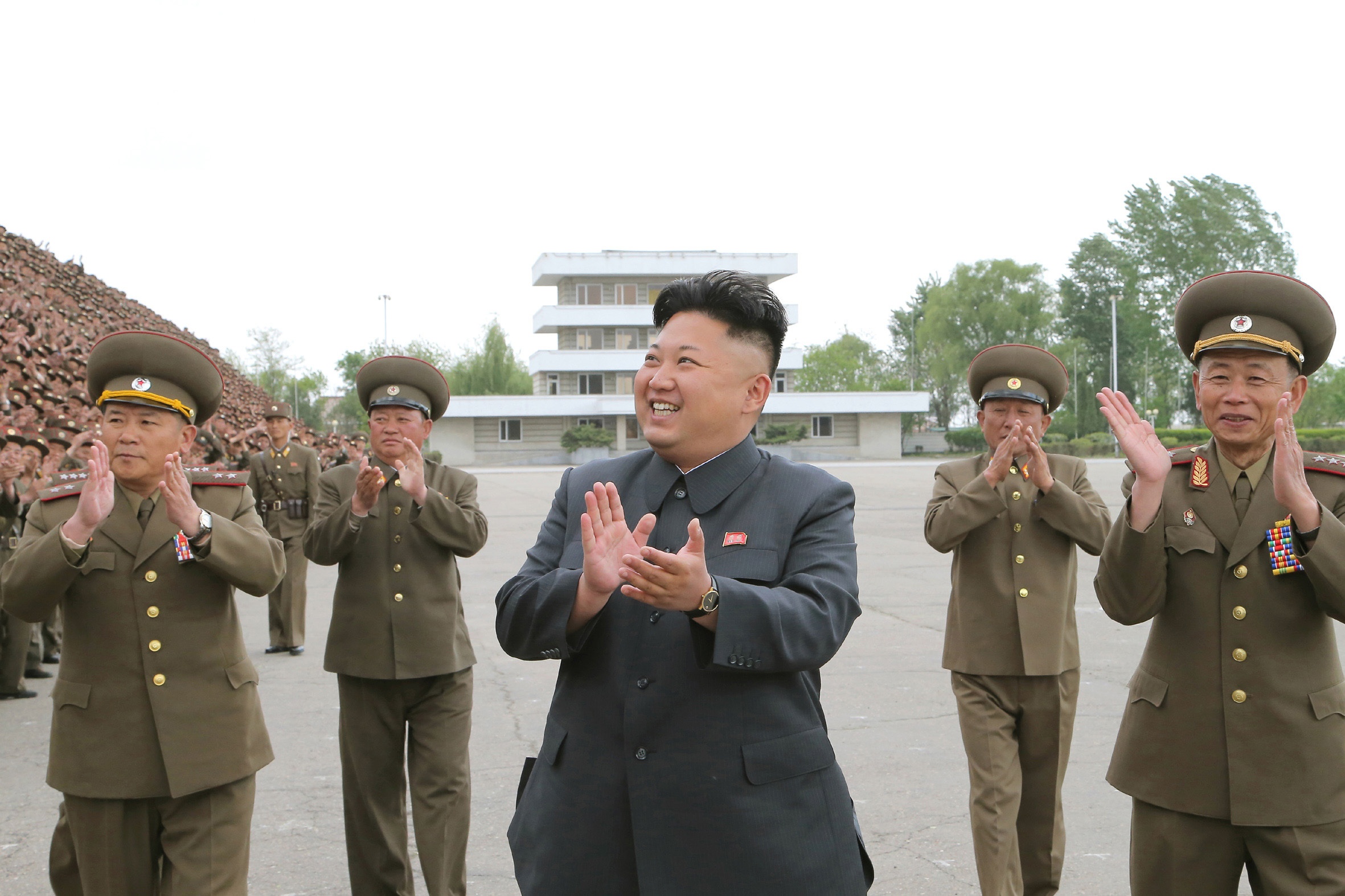 SEOUL, South Korea - North Korea has detained a 56-year old man from Ohio, accusing him of an unspecified crime after he traveled to the communist-led country as a tourist, the nation's state news agency and the man's family said Friday. The North is now holding three Americans.

The state Korean Central News Agency identified the latest detainee as Jeffrey Edward Fowle. It said he arrived in North Korea on April 29 and authorities were investigating him for committing acts inconsistent with the purpose of a tourist visit. It did not give details.

U.S. officials confirmed the detention but didn't identify the person for privacy reasons, nor comment on reports that he was held after leaving a Bible in his hotel room.

A spokesman for the family said, Fowle, who is married with three children, was not on a mission for his church.

One of the other two U.S. detainees is Korean-American missionary Kenneth Bae, who has been held since November 2012, and is serving 15 years of hard labor for what the North says were hostile acts against the state.

State Department spokeswoman Marie Harf did not say whether Sweden, which handles consular matters for Americans in North Korea, had been granted access to the latest detainee.

"This is the third U.S. citizen that has been detained in North Korea," Harf told reporters in Washington. She added there's "no greater priority for us than the welfare and safety of U.S. citizens abroad."

She said the department has a warning against travel to North Korea and that being part of a tour group will not prevent a possible arrest.

North Korea has been pushing to promote tourism as part of efforts to earn badly needed foreign currency, but the country is also extremely sensitive about how visitors act while in the country.

The other American being held was detained for alleged improper behavior while entering the country. The tourist agency he traveled with identified him as Matthew Miller, 24. North Korea said he entered the country on April 10 with a tourist visa, but tore it up and shouted that he wanted to seek asylum. The brief report said he chose the North "as a shelter."

Friday's announcement came as tension on the Korean Peninsula remains high with North Korea keeping up rhetoric against the U.S. and South Korea following its series of missile and rocket launches earlier this year. The North's state media have also unleashed racist and sexist slurs against U.S. and South Korean leaders.

The peninsula is still in a technical state of war because the 1950-53 Korean War ended with an armistice, not a peace treaty. About 28,500 U.S. troops are stationed in South Korea to deter potential aggression from North Korea.

Timothy Tepe, an attorney who is acting as a spokesman for Fowle's family, confirmed that North Korea detained Fowle. He said the family would issue statement on Monday and not comment until then, "given the sensitive nature of Jeff's situation."

"This is a very fluid situation that has just come to light and they need time to process it," Tepe said.

Tepe said Fowle, who has a home in Miamisburg in southwest Ohio, was not on a mission for his church, Urbancrest Baptist Church in Lebanon, Ohio, and that he was just visiting North Korea as a tourist.

Mark Edward Howard, who attends Fowle's church, described him as "a very good Christian father, a very loving father to his children."

He said that Fowle's wife, Tatyana Fowle, 40, is a Russian immigrant with limited English, and that Jeff Fowle always stayed close to her side in case she needed interpretation.

"They are pretty much inseparable," he said. "You never see him not by her side. They're a very nice family."

In a statement, U.S. Rep. Michael Turner, a Dayton, Ohio Republican, said he was "deeply troubled by the detainment of American and Miamisburg resident Jeffery Edward Fowle, by the authoritarian government of North Korea."

"We have been in contact with the State Department and will continue to carefully monitor Fowle's detainment as we await the release of additional information," he said.

The U.S. and North Korea do not have diplomatic relations so Sweden, which has an embassy in Pyongyang, oversees consular issues for the United States there. Unless a detainee signs a privacy waiver, the State Department cannot give details about the case.

In March, North Korea deported an Australian missionary detained for spreading Christianity in the country after he apologized for anti-state religious acts and requested forgiveness.

In December, North Korea released 85-year-old American veteran of the Korean War, Merrill Newman, who was held for several weeks after traveling to North Korea as a tourist. Newman was freed after he gave a videotaped confession in which he apologized for killing North Koreans during the war. Newman later said the confession was given involuntarily and under duress.