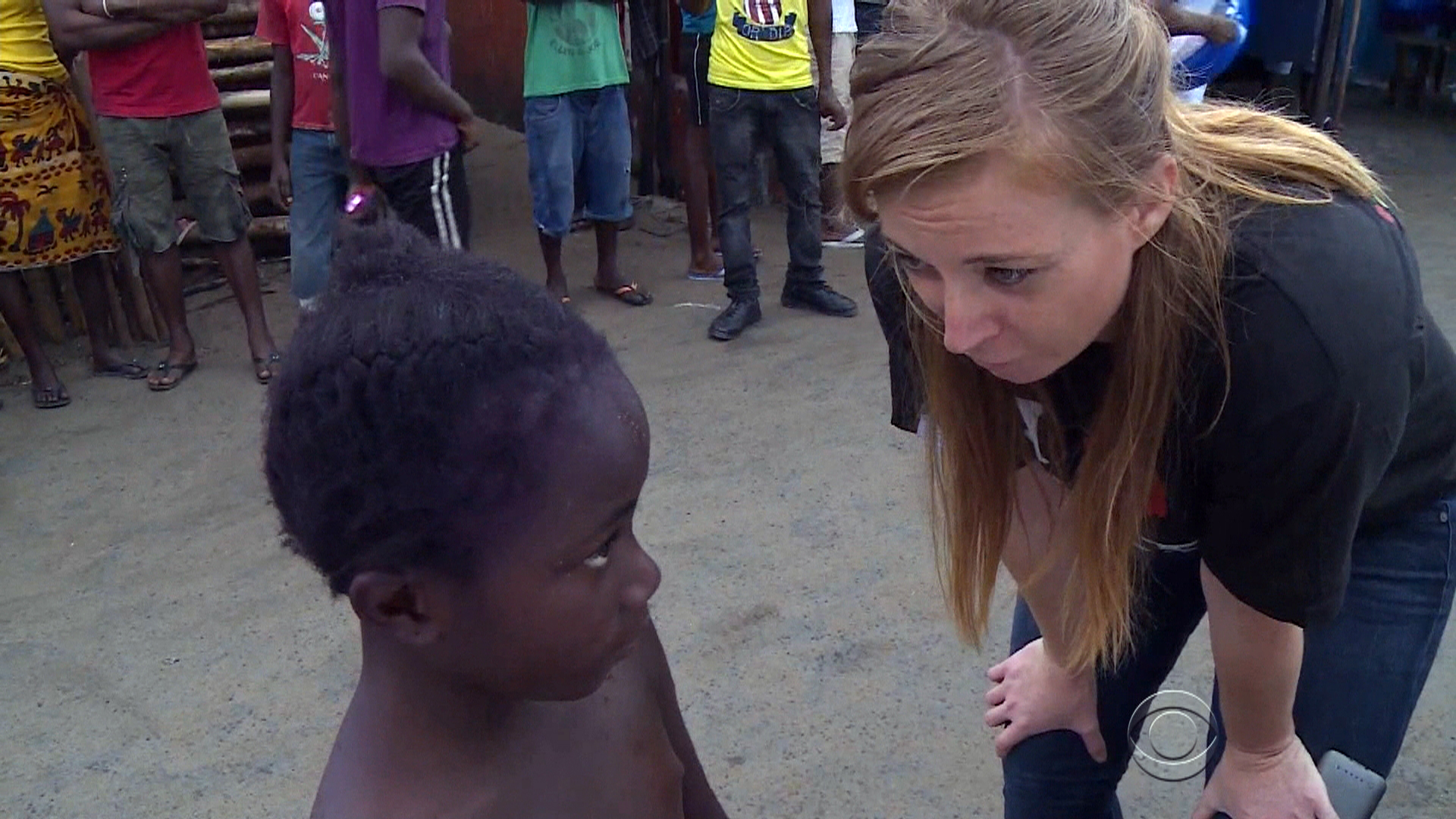 MONROVIA, Liberia -- Health care workers are on another run in the overcrowded slum of Westpoint in Liberia's capital.

Through the warren of narrow alleys, they perform one of the most dangerous jobs in the world. The Ebola virus is so contagious that even a moment's lack of concentration can be fatal.

The workers locate a man who has Ebola symptoms, and must be treated quickly to avoid spreading the disease.

As the patient is placed in the ambulance, anxious eyes take notice.

Watching too is Katie Meyler, an American charity worker from New Jersey. This is the van belonging to her charity, More Than Me. A donor bought it when it was clear Liberia's health care system was collapsing.

"And the ambulance is quickly removing people, in other communities it can three to four hours, but the ambulance here takes 30 minutes," Meyler says.

Meyler runs a school for girls in Westpoint. But with all classes cancelled now, she turned her school into an outreach center. She believes it's the only way the disease will be stopped.

"You've got sickness so be extra careful," Meyler tells a student. "You have had sickness around you, I'm telling you. "

Meyler works hand-in-hand with workers like Archie Gebessy who go door to door looking for residents who might be infected.

"Five persons died last months," Gebessey says. "Here are the family. And it happened because they didn't have the basic education to prevent themselves."

Meyler tries to bring comfort to the sick -- who are allowed no human contact.

To ease that pain she sends mobile phones to patients who at least can phone their families.

On the day we spent with her, Meylar gets through to a sick mother who has already lost one of her children.

"I am overjoyed to hear that ... that the family are doing better now," Meyler says through tears. "I am so grateful as this time when so many people are dying."

Despite efforts like Meyler's, a walk around this city makes it clear it is not enough. There is increased awareness of Ebola in Monrovia -- we reek of chlorine, everywhere you wash your hands in it.

But it is still going to take a massive international effort to stop the deadly march of this disease.