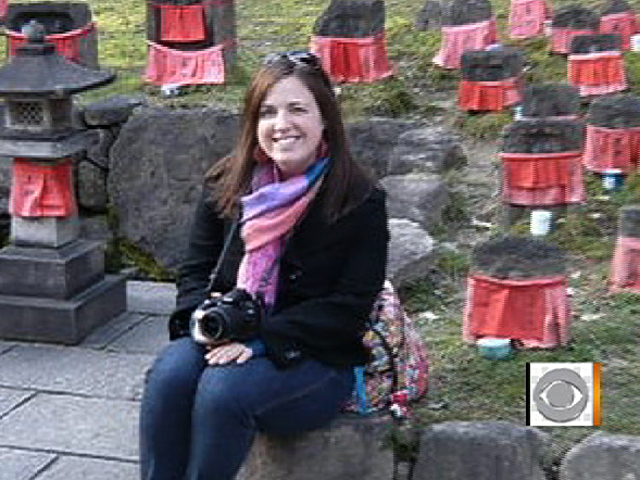 An American teacher working in Japan as part of an exchange program has been found dead, according to the Richmond Times-Dispatch.

The family of 24-year-old Taylor Anderson released a statement Monday that said they were notified by the U.S. Embassy in Japan.

During a press briefing Monday afternoon, the State Department said they had seen the Andersons' statement and were working to confirm that Taylor Anderson was the first American killed in the disaster.

Anderson's family had turned their kitchen, in a home in a suburb of Richmond, Va., into a command center, sending tweets and sifting through message boards, searching for any sign of her, reported CBS News correspondent Nancy Cordes.

Taylor Anderson taught English in the seaside city of Ishinomaki, about 50 miles northeast of the quake's epicenter in the heart of the tsunami zone. Jean Anderson said her daughter was last seen after the earthquake riding her bike away from an Ishinomaki elementary school after making sure parents picked up their children.

When the family appeared on CBS' "The Early Show" Tuesday, they had just been told she was found.

But 12 hours later, they learned it was a false lead from the teaching program, and a new story emerged.

"We would like to thank all those whose prayers and support have carried us through this crisis. Please continue to pray for all who remain missing and for the people of Japan. We ask that that you respect our privacy during this hard time," the Anderson family said in a statement Monday.