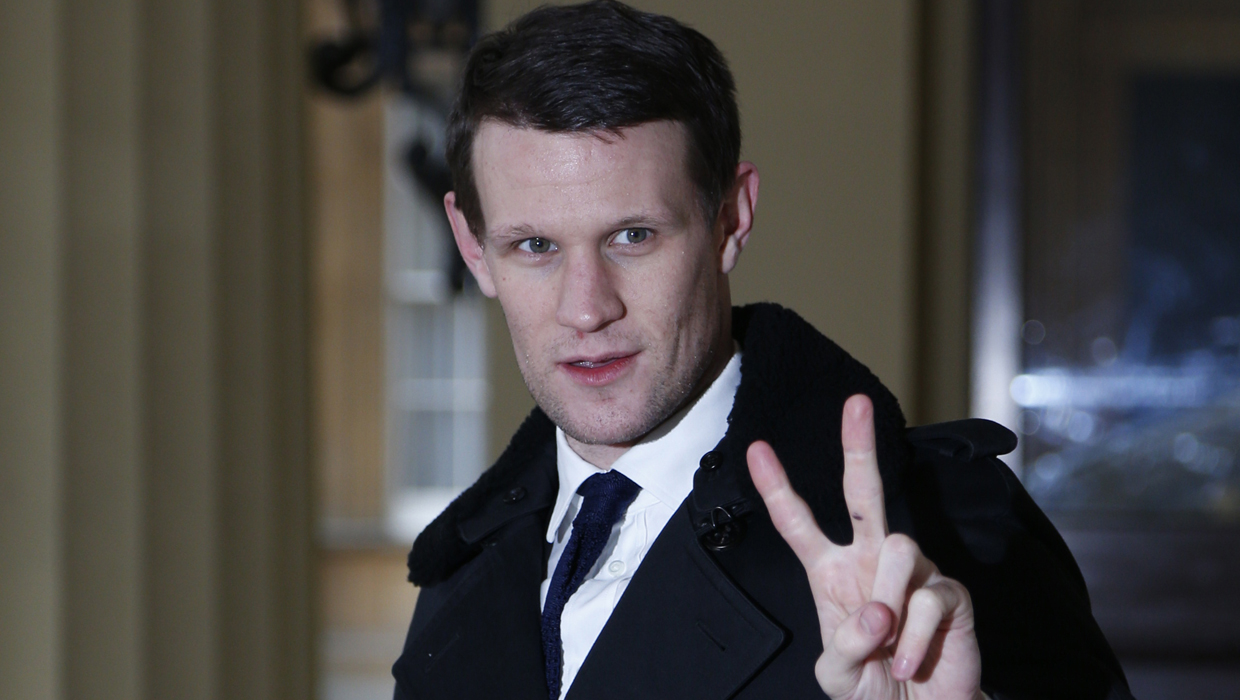 LONDON -- Is any subject too macabre to make a musical?

Not on the evidence of past works including Stephen Sondheim's "Sweeney Todd," about a homicidal barber, and his presidential killer saga "Assassins."

And now there's "American Psycho," an energetic stage adaptation of Bret Easton Ellis's novel about a soulless yuppie serial killer at large in 1980s Manhattan. The book was a savage satire on consumer culture, with antihero Patrick Bateman as punctilious about having the right labels -- from his Ralph Lauren underpants to his YSL Pour Homme cologne -- as he was impervious to emotion and vicious to the victims he butchered.

The book's graphic violence provoked extreme reactions when it was published in 1991 -- reviews, reprinted in the program for the play, ranged from "deeply and extremely disgusting" to "a seminal book." The debate emerged again when "American Psycho" was adapted for the screen by Mary Harron in 2000, with Christian Bale in the lead role.

The play, staged at London's Almeida Theatre by director Rupert Goold, seems unlikely to generate such starkly opposing views. The violence is stylized, and less likely to traumatize than Ellis's graphic descriptions of murder and evisceration. The tone is of an exhilarating satire, a bloody romp that's both funny and alarming.

It wasn't to everyone's taste, though.

The Times of London's Dominic Maxwell gave the play five stars out of five on Friday, calling it "a darkly funny, outrageously entertaining evening," while Michael Billington in the Guardian judged it "a show that confirms the mythic power of Ellis' story and leaves us all dangerously entertained."

But Daily Telegraph critic Charles Spencer found it "glib, heartless and pretentious" -- though he predicted: "It's going to be a big hit."

The star is Matt Smith, best known as the galaxy-hoping hero of the BBC sci-fi series "Doctor Who." It's an iconic role in Britain, and 31-year-old Smith will forever be associated with it, but he proves to be a versatile actor, too. His performance as a feral Wall Street wolf erases all traces of the charming, twinkly eyed Doctor. His Bateman has a buff torso and a hollow-eyed stare. His initial exuberance at killing is replaced by the dawning realization that no amount of depravity will place him beyond the pale in affluent New York society.

Produced by the Almeida, innovative theater company Headlong and Act 4 Entertainment, the show is cleverly staged on Es Devlin's white box of a set, which can transform with the help of projections from Bateman's antiseptic apartment into a grubby alley. The choreography cleverly evokes hedonistic nightclubs, aerobics classes and Hamptons beach parties.

A fast-paced book by Roberto Aguirre-Sacasa -- who worked on TV series "Glee" and Broadway musical "Spider-Man: Turn Off the Dark" -- meets engagingly retro music and lyrics by Tony Award-winner Duncan Sheik ("Spring Awakening"). Sheik's synth-heavy musical numbers, redolent of the 1980s, outline the shallow characters' obsessions: "Clean," ''Hardbody," ''You Are What You Wear."

The show also uses real songs from the era, by Tears for Fears, New Order and others. Phil Collins' "In the Air Tonight" is used effectively to soundtrack a psychopath's murderous epiphany, while Huey Lewis and the News' "Hip to be Square" is the subject of an enthusiastic ode by Bateman.

One might worry that the target of the book's satire had become blunted with time, since consumer culture and brand obsession are even more widespread now than they were in the '80s. But "American Psycho" still has bite, and its '80s setting now as an extra layer of poignancy; the characters' arrogance evokes an era of imperial confidence shaken by 9/11, the 2008 financial meltdown and other recent historic ructions.

In a uniformly excellent cast, several of the female performers stand out, notably Cassandra Compton as Bateman's love-struck secretary, Susannah Fielding as his materialistic girlfriend and Katie Brayben as a cynical occasional flame.

The show gains some of its power from its staging in the intimate, 325-seat Almeida, where it runs to Feb.1, but is likely destined for bigger stages. Manhattan would be its natural home.