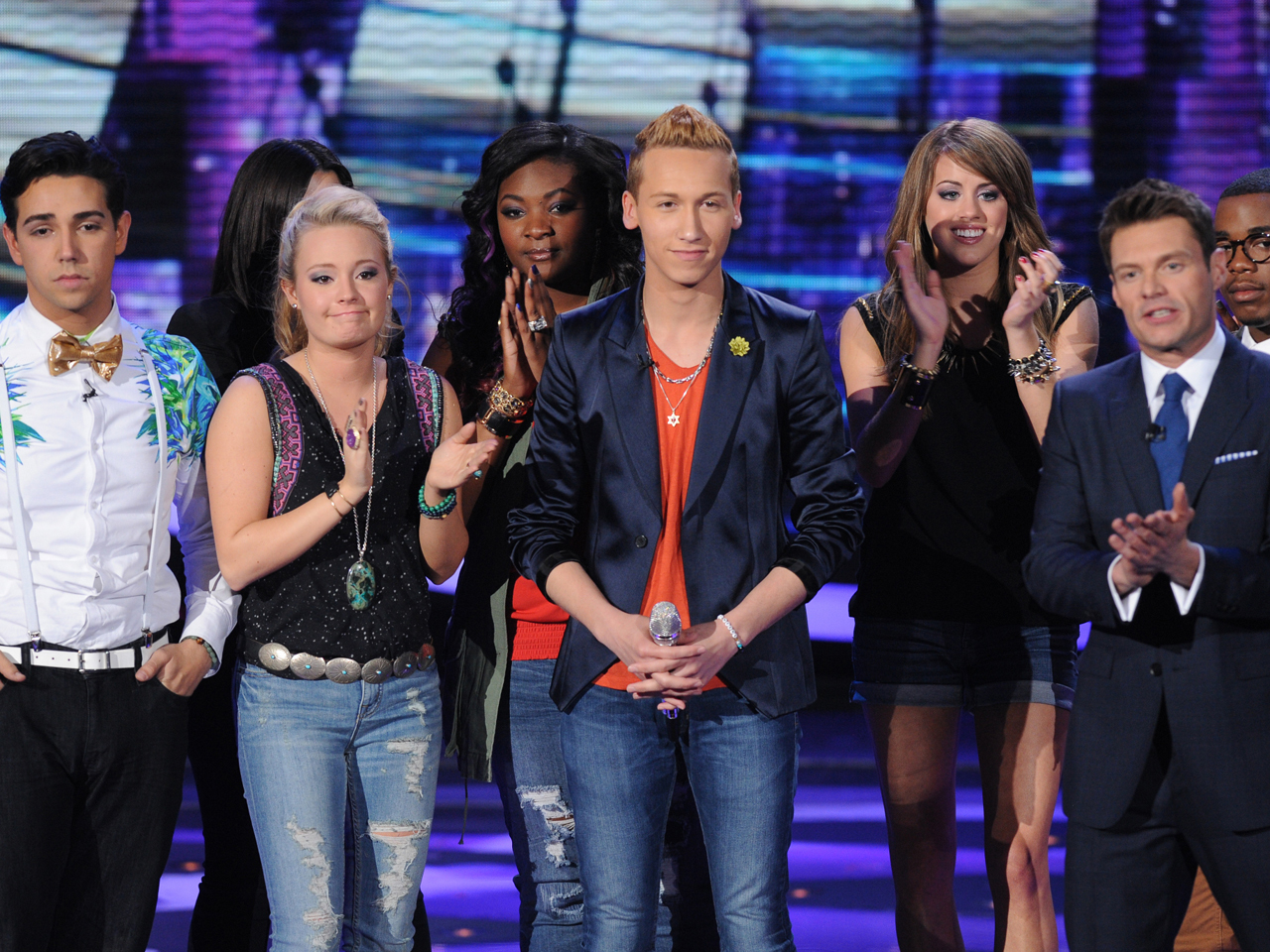 Devin Velez sang a solid version of The Miracles' "Tracks of My Tears," on Wednesday night's "American Idol," but it wasn't enough to save him in Thursday's results show.

The 18-year-old Chicago singer, who failed to capture America's votes, was eliminated on Thursday. But before he was officially sent home, Velez tried to win the judges over with a rendition of "Somos Novios (It's Impossible)," in hopes of being saved. Mariah Carey appeared to want to keep him, as she was fighting back tears, but it wasn't enough; the judges weren't unanimous.

Thursday wasn't just about Velez. Kree Harrison got a nice surprise from Aretha Franklin, who praised the contender in a video message. The Queen of Soul said she loved Harrison's version of "Don't Play That Song for Me" Wednesday night, letting her know, "You're not going anywhere."

With Velez's departure, that leaves just two guys in the competition: Lazaro Arbos and Burnell Taylor -- both of whom joined Velez in the bottom three on Thursday. Before they had found out their fate, Carey said, "I'm sitting here nervous and praying. I'm very attached to these guys."

Next Wednesday, the seven finalists will get to do it all over again, singing for America's votes during the classic rock, no ballads-themed performance show.

Tell us: Were you surprised to see Velez go?