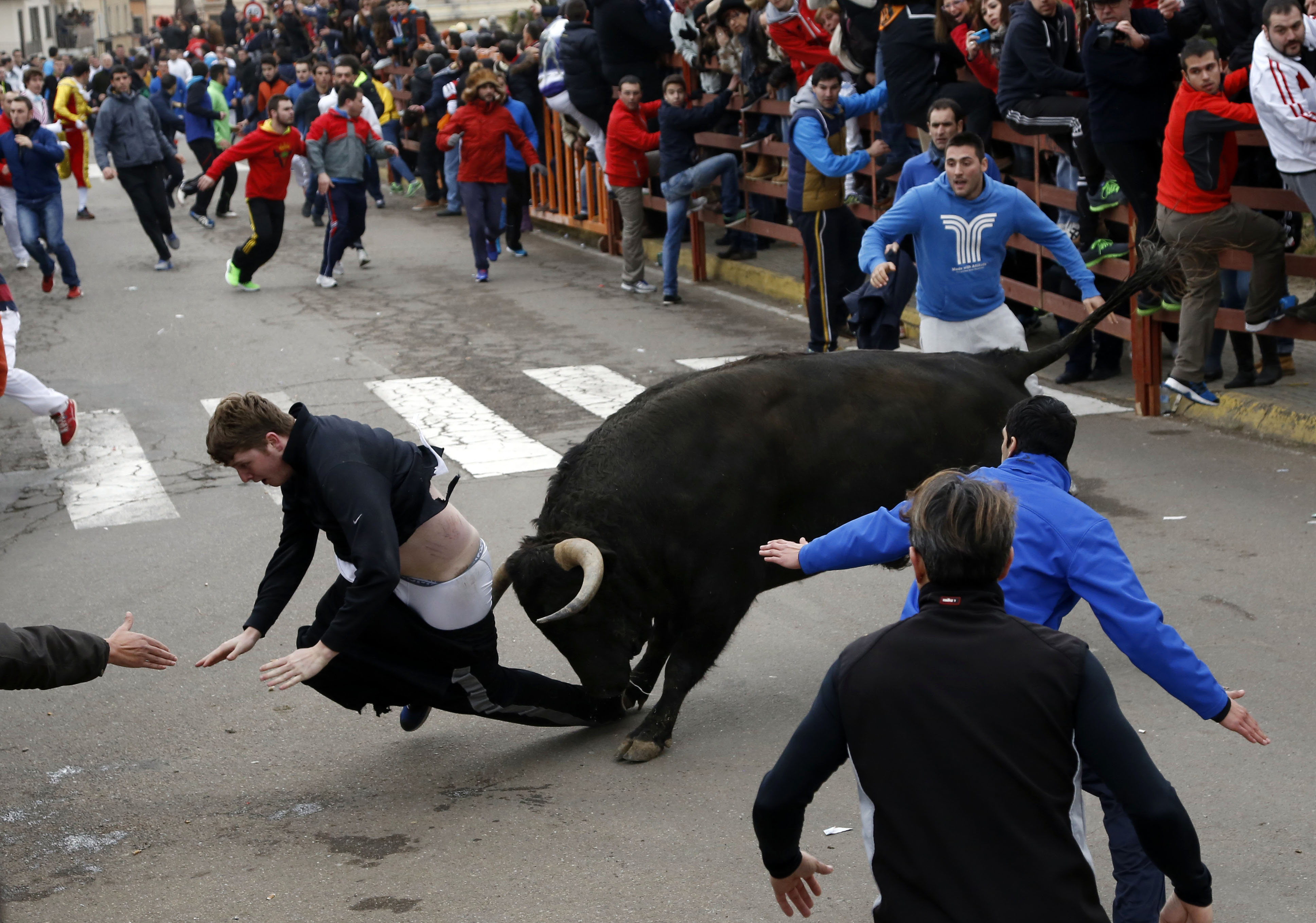 Benjamin Miller, a 20-year-old American from Georgia, has life-threatening injuries after being gored at a bullfighting festival in Spain. The injuries were so extensive, they surprised even a seasoned doctor who specializes in treating goring victims, reports CBS News correspondent Elaine Quijano.

It happened in a small town in the Salamanca province, and the attack was caught on video. The massive charging bull first ran over Miller, then pinned him against a railing. He was savagely gored and tossed in the air as spectators looked on.

One of the experienced surgeons who operated on Miller for three hours said it was the worst goring injury he had ever seen.

"I don't rule out another operation to control the hemorrhage," he said. "We expected it, but maybe the bleeding is bigger than I had imagined," Dr. Enrique Crespo said.

Miller was injured in his legs, back, and back side. Two other men, both Europeans, were also hurt, but their injuries were not as serious.

"It's not worth it. You can die," author Bill Hillmann said.

He's written the forthcoming book, "Mozos: a Decade Running with the Bulls of Spain," and said many Americans participate for the wrong reasons.

"They're also doing it as a macho thing, to prove something, which is not what the running is about at all," Hillman said. "The running is a spiritual thing. It's something that should not be taken lightly."

Miller was participating in the "Carnaval del Toro" or "Carnival of the Bull" in Ciudad Rodrigo, near the Portuguese border, said to be one of the oldest bull festivals in Spain.

In the town of Denia, participants flee from charging bulls by jumping into the Mediterranean Sea. Earnest Hemmingway wrote about the most famous festival of all, the annual Running of the Bulls in Pamplona.

These events have been criticized as inhumane to the bulls, which are slaughtered. Hillman, who himself was gored in Pamplona last July, said despite frequent injuries and even death, the festivals remain an ingrained part of Spain's culture and economy.

"(They attract) a great deal of tourism to the country," Hillmann said. "I don't see there being any time in the near future where this is going to end."

The town of Rodrigo, where Miller was injured, has a population of just 14,000 people, but its four-day bullfighting festival is said to draw as many as 50,000 revelers.