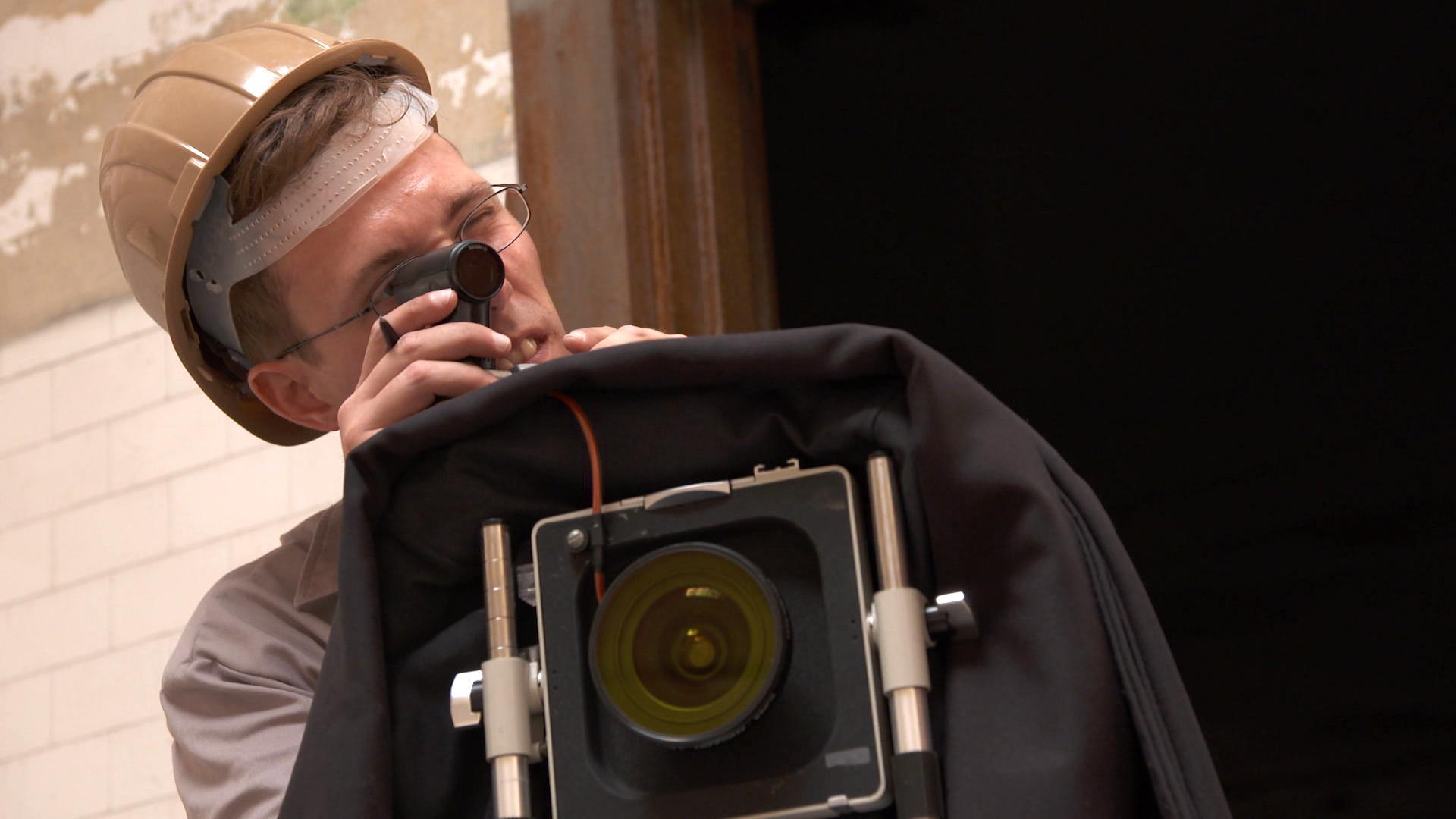 Seventy-five years ago, the secretary of the interior commissioned the legendary Ansel Adams to photograph America’s national parks. Ever since, there’s been a reverence and a sense of responsibility around the job. The National Park Service hired a photographer this year to document the human touch on the American landscape. One of his first assignments involved a little-known part of Ellis Island. For this installment of our “America the Beautiful” series, Jim Axelrod met a man who hopes his work will reveal more of the fabric of our nation.

While at first look his workspace doesn’t look so dreamy, the building – abandoned for 60 years, boarded up and filled with debris – is actually supplying photographer Jarob Ortiz with both a challenge and some powerful inspiration.

“An area like this, is this a challenge for you?” CBS News’ Jim Axelrod asked.

“This area is very largely a challenge for me,” Ortiz said.

“You’ve got to make something interesting, when it’s actually nothing but big, white, open, empty space,” Axelrod observed.

He continued, “When you’re taking a photograph – and especially the way the public is consuming photography these days, it’s all instant, real quick – so what you have to do is try to find a composition and angle that you know is going to capture people and interest them. That’s where the light comes into play. Usually you can play with light to draw on people’s emotion and bring them through a photograph the way that you want to do.”

Ortiz is snapping his way through a forgotten corner of Ellis Island, far from the splendor of the great hall where 12 million immigrants entered the country.

Whether it’s rusted mattress sterilizers or 80-year-old graffiti, Ortiz is making sure all parts of the immigrants’ experience in Ellis Island are remembered.

“Is there a way you can take a picture in 2016 which gives us a sense of the challenges of 100 years before?” Axelrod asked.

“That’s the hard part because I don’t think you can really capture that essence. That’s more to the imagination,” Ortiz said.

“Carved into the wall here: ‘Paul Kettunen. March 20th, 1935.’ That must grab your eye,” Axelrod said, pointing to the letters on a wall.

“Well absolutely, I mean because this is a physical remembrance of this particular person, and obviously, he thought it was important and he knew that there was something big happening here.” Ortiz said. “I definitely think about the emotions. I just can’t imagine what it must have been like to go through that boat ride, coming off and that port – it inspires me to do the best I can because I think it’s important that these stories get told.”

Ortiz is the newest member of an exclusive club of American photographers – those like Ansel Adams – who captured our national parks for the Library of Congress. And just like Adams in the 1940’s, Jarob Ortiz uses a large format camera.

“It’s really a control thing. I just have to be honest, it’s like if you’re really meticulous and you just want to have all control over every single aspect of your image, this is the camera to use,” Ortiz said.

“They are old school but they’re still used today. The resolution you’re going to get out of that piece of film will blow away any digital photograph,” Ortiz said.

Each shot can take up to an hour and a half to set up and light.  It’s a process involving a lot of math and precision, all for just one split second, burned into film forever.

“What I’m doing is just trying to capture the essence of history and inform the public of what’s happened in these locations with my photographs,” Ortiz said.

“And why is that important?” Axelrod asked.

“Because I think a lot of people forget about where we came from all too easy,” Ortiz said. “It’s what shapes us. It’s how we know where we got to.”

Note to Self: Russell Brand