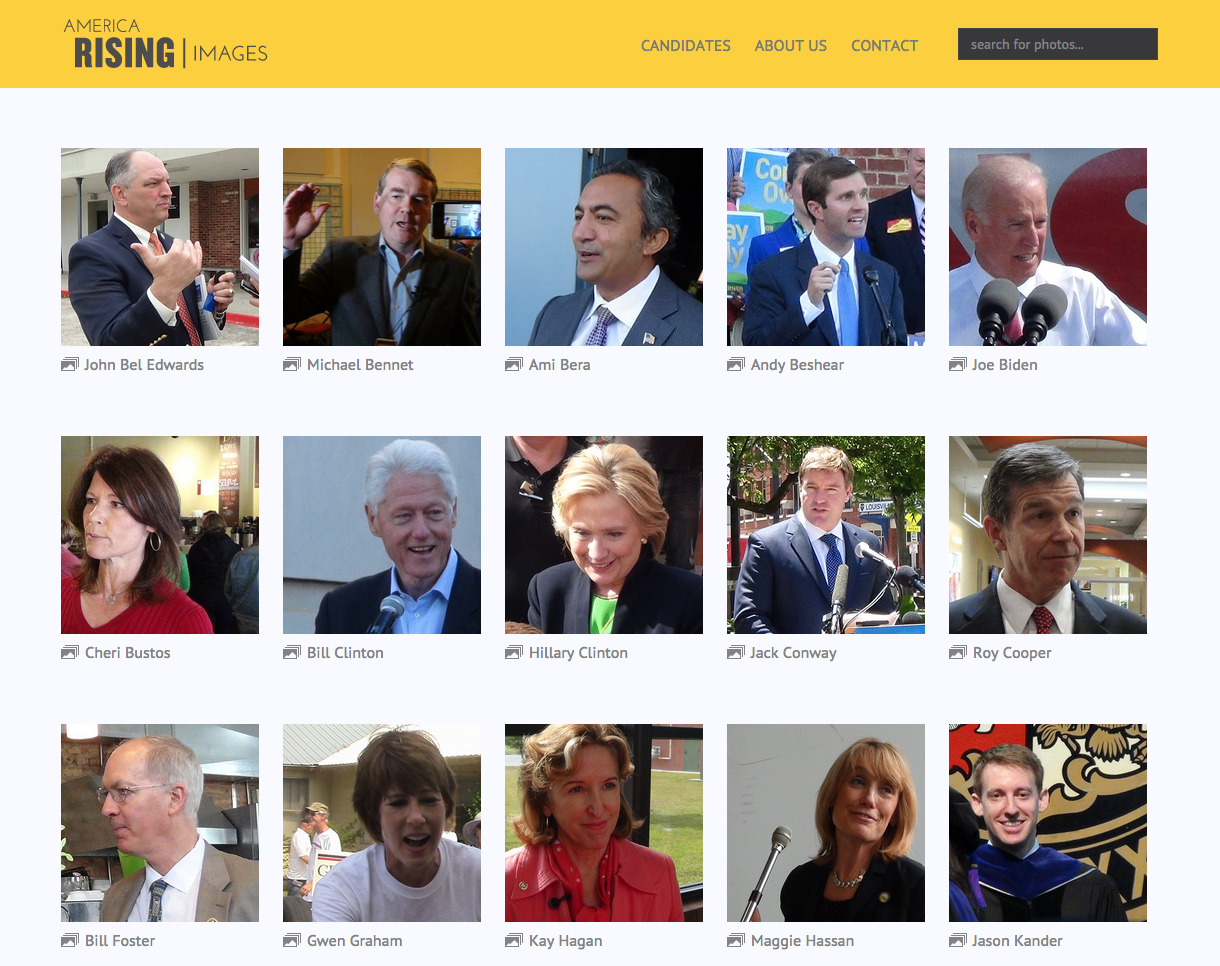 Right-leaning opposition research group America Rising has launched its own photo agency, announcing Thursday that it would begin selling its own original snapshots of candidates from the numerous political events they've attended "at a competitive price."

"Don't want to pay over $1,000 for a shot of Hillary Clinton?," America Rising LLC president Joe Pounder asked in an email unveiling AmericaRisingImages.com. "Building a new website? Putting together a direct mail piece? Need content for your digital campaigns? AmericaRisingImages.com will have the photos you need."

Over the last two years, since America Rising set up shop (first as a PAC, now with an LLC spinoff) the group has accumulated some 18,000 photos of an array of politicians, according to Politico, all snapped by video trackers covering thousands of political events.

Most of the trackers do not appear to be professional photographers. A visit to the site shows that the quality of the photos is uneven, with some overexposed, or out of focus. For instance, one set of pictures of Sen. Michael Bennet, D-Colorado, shows shadows cast across his face in many of the shots.

But the website does offer a disclaimer, which says, "We have no control over the lighting at the events we film, often have less than cooperative subjects, and make no claim to being professional photographers."

The appeal of these photos, however, is the price point. AmericaRisingImages charges $250 for a blanket commercial license for what appear to be the majority of the photos for Democrats as famous as Hillary Clinton, as well as those less prominent.

America Rising LLC President Joe Pounder told CBS News that "[The] target audience is the public at large and everyone interested in politics from campaigns, to public affairs shops, to news outlets." The site is a boon for that first market - those cash-strapped GOP campaigns - which will be able to use the photos in digital and direct mail for that token cost.

The cost for professional quality images is considerably higher, and out of reach for many campaigns. The commercial license for a single picture from a photo agency like Getty Images will range depending on the type of usage. If a campaign uses a photo in a web advertisement running for one month, the price tag could reach well over $700. For a Getty photo used in a television commercial for a single month, it could set a campaign back nearly $3,000.