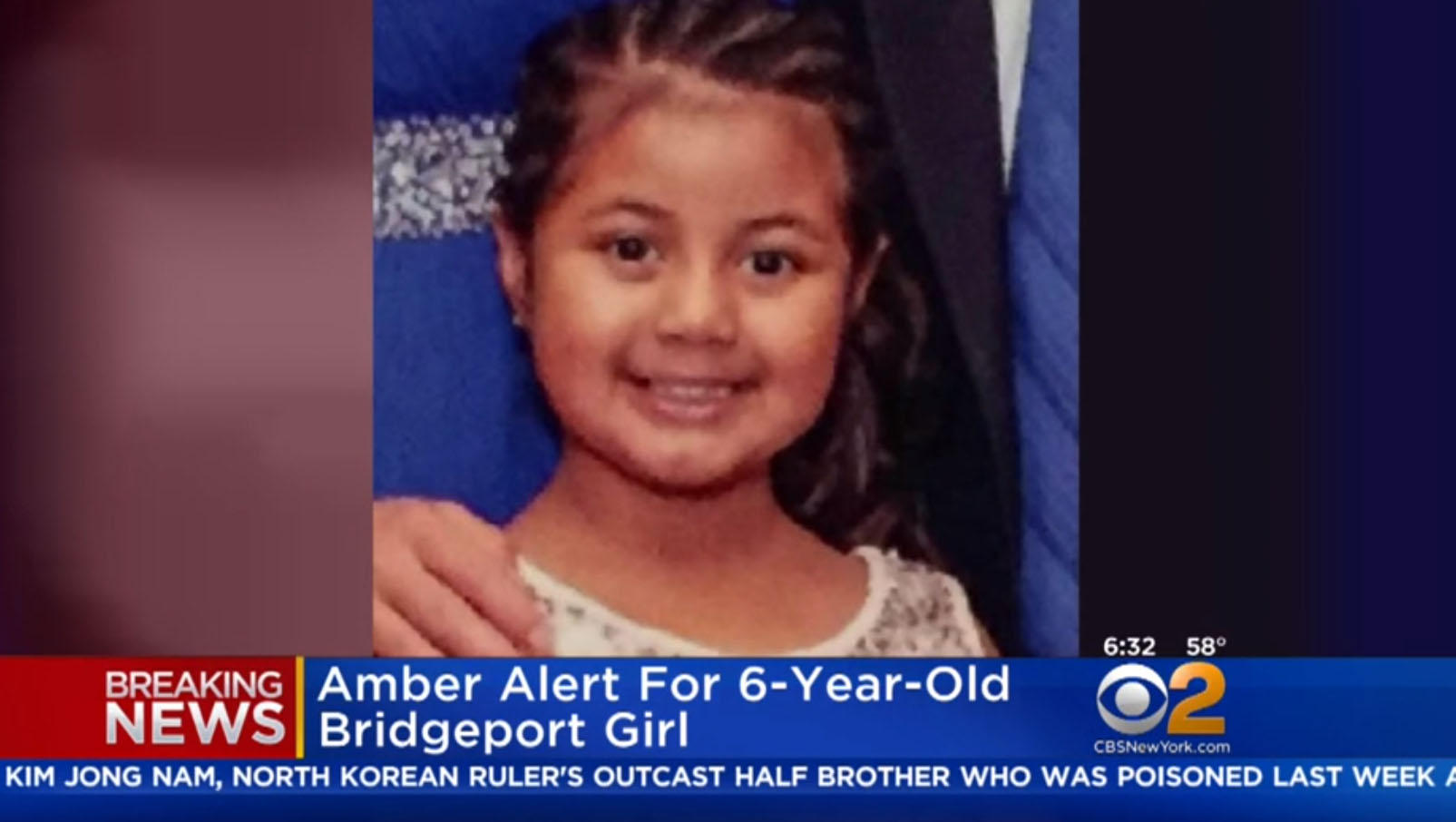 BRIDGEPORT, Conn. -- Authorities have issued an Amber Alert for a 6-year-old Connecticut girl thought to be with her father, who’s a suspect in the fatal stabbing of the girl’s mother.

Police responded to a Bridgeport home at about 2:45 a.m. Friday to find two stabbing victims. One died and the other is expected to survive.

They may be in a silver 2017 Hyundai Sonata with Connecticut license plates AG91925. The vehicle was last seen in the Bronx, New York.

Anyone who sees them is asked to call police.