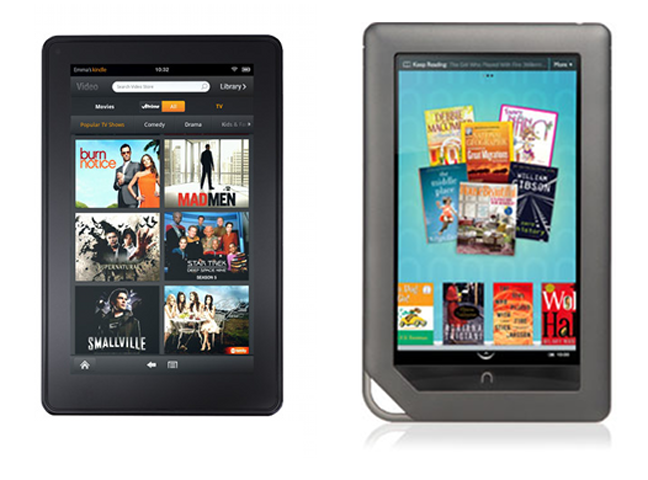 (CBS) - The Amazon Kindle Fire made a splash when it was announced in September. Some even suggested that it was an iPad killer. Since then, the story has gotten more complicated.

Conde Nasté announced Tuesday the Barnes & Noble Nook Tablet is slated to get all 18 of its titles. Magazines like Allure, Bon Appétit, The New Yorker, Vanity Fair and Wired will all be available for single purchases or subscriptions. Current subscribers will get free access on the Nook. FYI, Vogue will not be available until 2012.

When Barnes & Noble announced the Nook Tablet earlier this month, it gave Amazon real competition in the mini-tablet market. The brick and mortar book chain has the advantage of instant access, more storage and coveted pre-installed apps, like Netflix and Hulu Plus.

The next day (seriously), Amazon announced that it would have Netflix at launch. Two days later, the company confirmed it would also get Hulu Plus. Lest we forget, the Kindle Fire also has the price advantage. Either way, Amazon and Barnes & Noble vying for the affection of our pocketbooks is a great thing for consumers.

All of these developments have lead to the question of whether or not these mini-tablets will be iPad killers. We highly doubt it. However, these devices will surely take a small bite out of Apple's market share. Exactly how much remains to be seen.

The Kindle Fire is available now and the Nook will be on sale Nov. 18. Which one do you think is the better bet? Leave your thoughts in the comments.