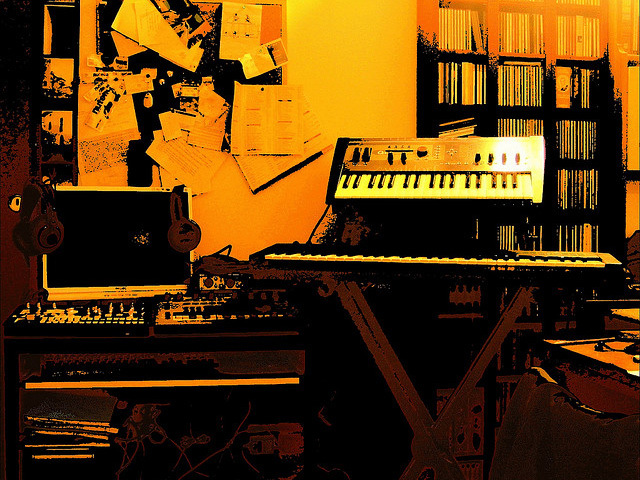 (MoneyWatch) In its bid to become the king of all retail, media, and cloud services, Amazon (AMZN) introduced a new music feature: AutoRip. The retailer has negotiated deals with music labels that let it automatically put MP3 versions of tracks onto a cloud player people can access when they purchase the appropriate CDs. It applies to past and future sales and Amazon doesn't charge for storing tracks when it sold you the physical media.

But there's a problem. Although gifts aren't eligible, because that would be copyright infringement, the company often doesn't know whether people have bought CDs for themselves, given them away, or sold them. It means consumers that hand the CD to someone else would technically be in violation of copyright and Amazon's terms of service.

If you've ever purchased CDs from Amazon in the past, you've probably recently received an email telling you about the service:

We thought you'd like to know that eligible songs from [number you've purchased] CDs you have purchased from Amazon are being added to your Cloud Player library. This means that high-quality MP3 versions of these songs are available for you to play or download from Cloud Player for FREE. You can find your songs in the "Purchased" playlist. Please note that some songs from the above CDs are not eligible for this feature and may not be available in your Cloud Player library.

The tracks in the cloud player are what Amazon calls "matched music." The company looks at what you buy or even upload from your computer and stores licensed matches it already has, when available. The service is smart and convenient. If you own CDs, having versions available for tablets and smartphones is great. Not having to rip the discs -- pulling the music off into individual song files using a computer -- is even better.

Such a service depends on a quirk of copyright law. People can make copies for their personal use, but only while they own the physical medium, according to Edward Naughton, a partner in the Boston-based law firm Brown Rudnick. "The court held this is a permissible use and fair," he says.

Amazon recognizes the need to restrict use to personal and non-commercial in its cloud player terms of use, in which it discusses customers' rights in so-called matched music --tracks to which it has rights that it :

We grant you a non-exclusive, non-transferable right to use Matched Music only for your personal, non-commercial, entertainment use, subject to the Agreement. We do not grant you any synchronization, public performance, promotional use, commercial sale, resale, reproduction or distribution rights for Matched Music.

In other words, under the terms of use, consumers accept that they cannot reproduce or distribute music. However, if they pass CDs on to someone else and still keep the digital versions that is exactly what they do. That is a considered a non-personal use, and so in violation of copyright as well.

"What's interesting is that it's not the individual making a copy," Naughton says. "It's Amazon doing it for them, and they are relying on the fact, and telling you that you can only use this for non-commercial personal use." Once you sell or give away the CD, your rights to the digital files expire. The new owner now has those rights.

To gift or not to gift

Amazon says that the service is not available for gift purchases. But the only way Amazon knows if a purchase is for a gift is if you have checked the appropriate box during the order process. If not, then Amazon assumes that you've made the purchase for yourself.

According to the experience of a colleague, who sent the associated order and AutoRip documentation, if you send a CD to someone else but don't check the gift box, then Amazon assumes that you still own it and puts the tracks, if available, on the cloud for you. A number of CDs that she purchased for nephews were suddenly available according to Amazon, even though she did had given away the physical media away. And, of course, if you have CDs shipped to you and then personally hand the present to the recipient, Amazon has no idea that you no longer own the media.

Naughton thinks that the record labels have probably made a calculation that the service could help ailing CD sales and so are turning a blind eye to the potential two-for-one nature of the music sales. However, companies change their policies and there's no guarantee that in the future the industry will not go after people keeping digital copies of CDs they gave away, just as it did with file sharing.

If there is a problem with a rights owner, Amazon will point to the consumer and say, "They had the terms of service and they're the ones who decided to falsely keep the digital tracks." And rights owners -- read that as the music industry -- has been zealous in suing consumers for unauthorized file sharing.

MoneyWatch asked Amazon about this issue and received the following response from a spokesperson: "Thanks for your inquiry. While I can't elaborate on the specifics, we operate the AutoRip program under license from the applicable rights holders."