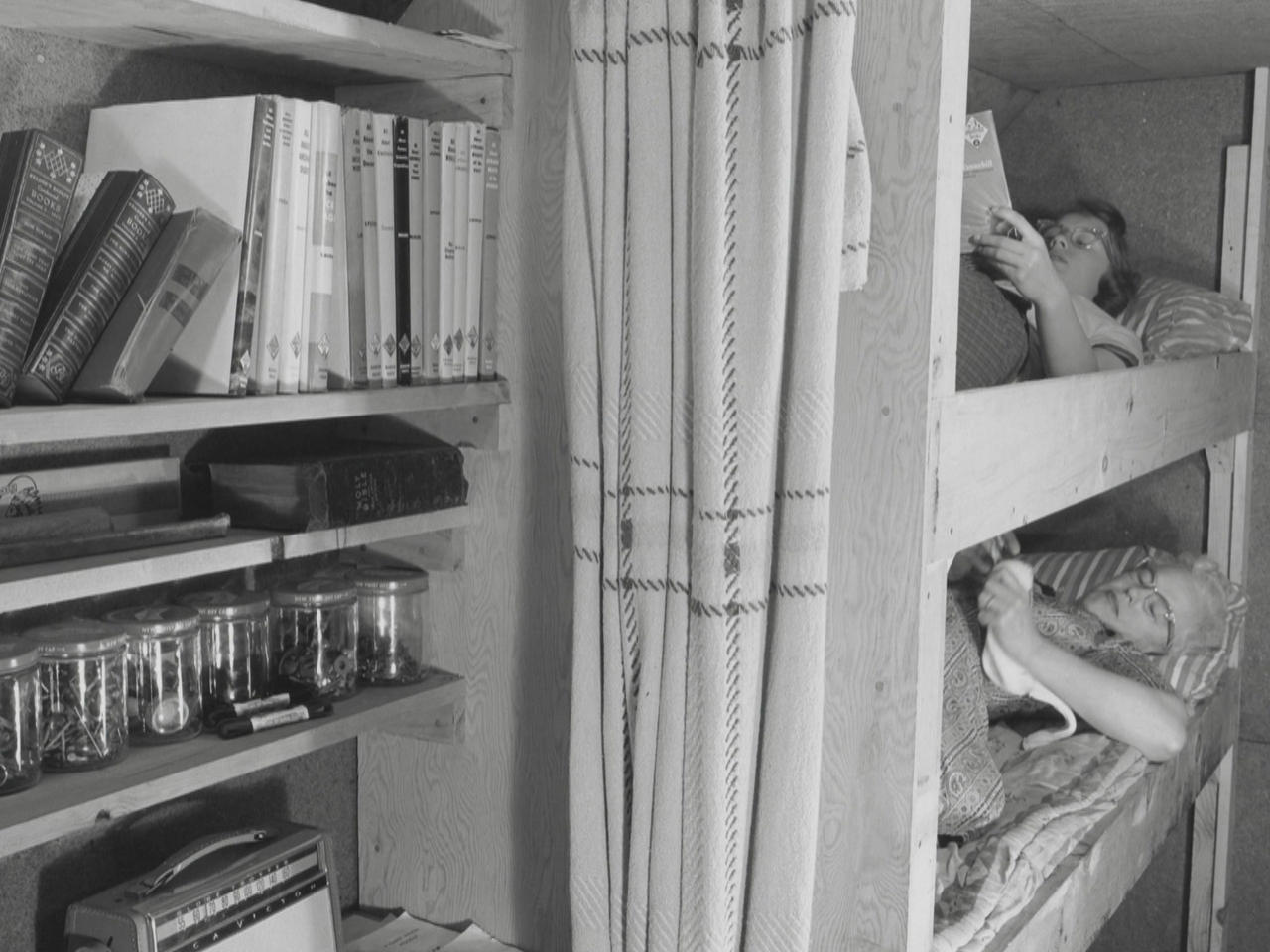 Although large public shelters were part of the plan, private shelters built by homeowners in their very own basements and backyards were to play a key role.

Public service videos showed the way. As handyman Walt confidently told his guests, building a shelter was a snap ... and survival a sure thing. "Ruth and I certainly could live in here very comfortably for at least two weeks!"

In 1961 the CBS series, "The Twilight Zone," presented a less sanguine view ... neighbor turning against neighbor, following an erroneous warning of a nuclear attack, in an episode titled "The Shelter":

Woman: "It just isn't fair. He's down there in a bomb shelter perfectly safe while our kids have to just sit around and wait for a bomb to drop!"
Man: "Why don't we just go down to his basement and break down the door?!?"

Over time, the fallout shelter building boom ran out of steam, bowing in large part to its sheer impracticality.

But in many places, those public shelter signs remain, a reminder – in reflective yellow – of that fearful time.