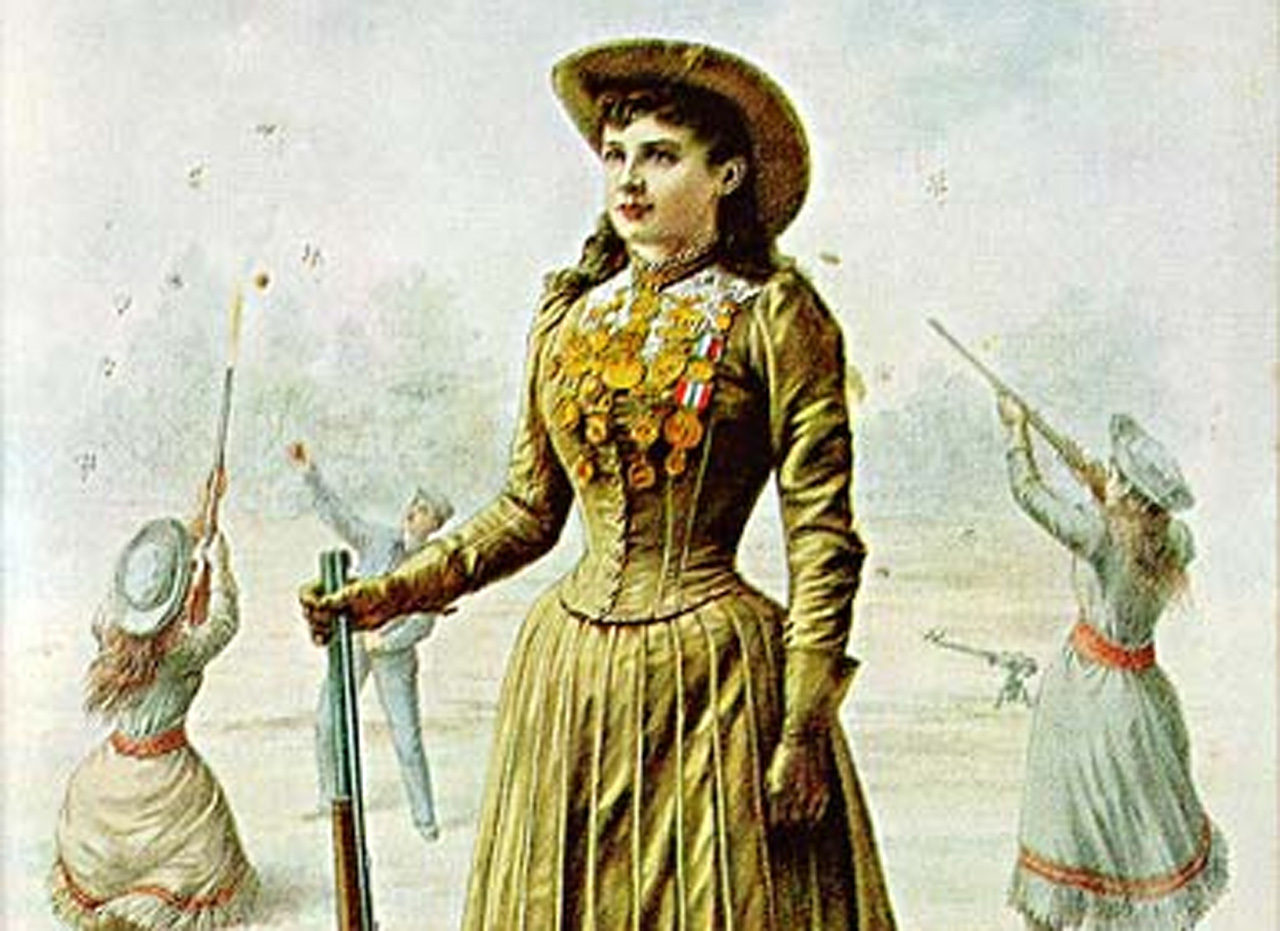 Born Phoebe Ann Moses in small town Ohio, she had taught herself to shoot by the age of 15.

After besting the renowned marksman Frank Butler in a local competition, Annie married him, and launched her career as a sharpshooting entertainer, using Annie Oakley as her stage name.

Buffalo Bill hired her for his Wild West Show in 1885, and as a featured performer she criss-crossed America and even traveled to Europe . . . where, among other feats, she shot a cigarette out of the mouth of Prince Wilhelm, the future German Kaiser.

In 1894, Thomas Edison filmed Annie in action in one of his early movies.

An erroneous 1903 newspaper report that she was a thief and a drug addict led to years of libel suits, and an eventual $27,000 judgment against William Randolph Hearst.

Annie Oakley made her final public appearance at a charity event on Long Island in 1922.

And though she died four years later, she has lived on as a popular folk-hero, most notably in the 1946 Broadway musical, "Annie Get Your Gun," which over the years has starred starring Ethel Merman, Reba McEntire and Bernadette Peters, among others.

A trailblazing woman who succeeded in a man's world, while also opposing female suffrage, the real Annie Oakley was a lot more complicated than the fictionalized version.

A good shot, a show business natural, and one of a kind.