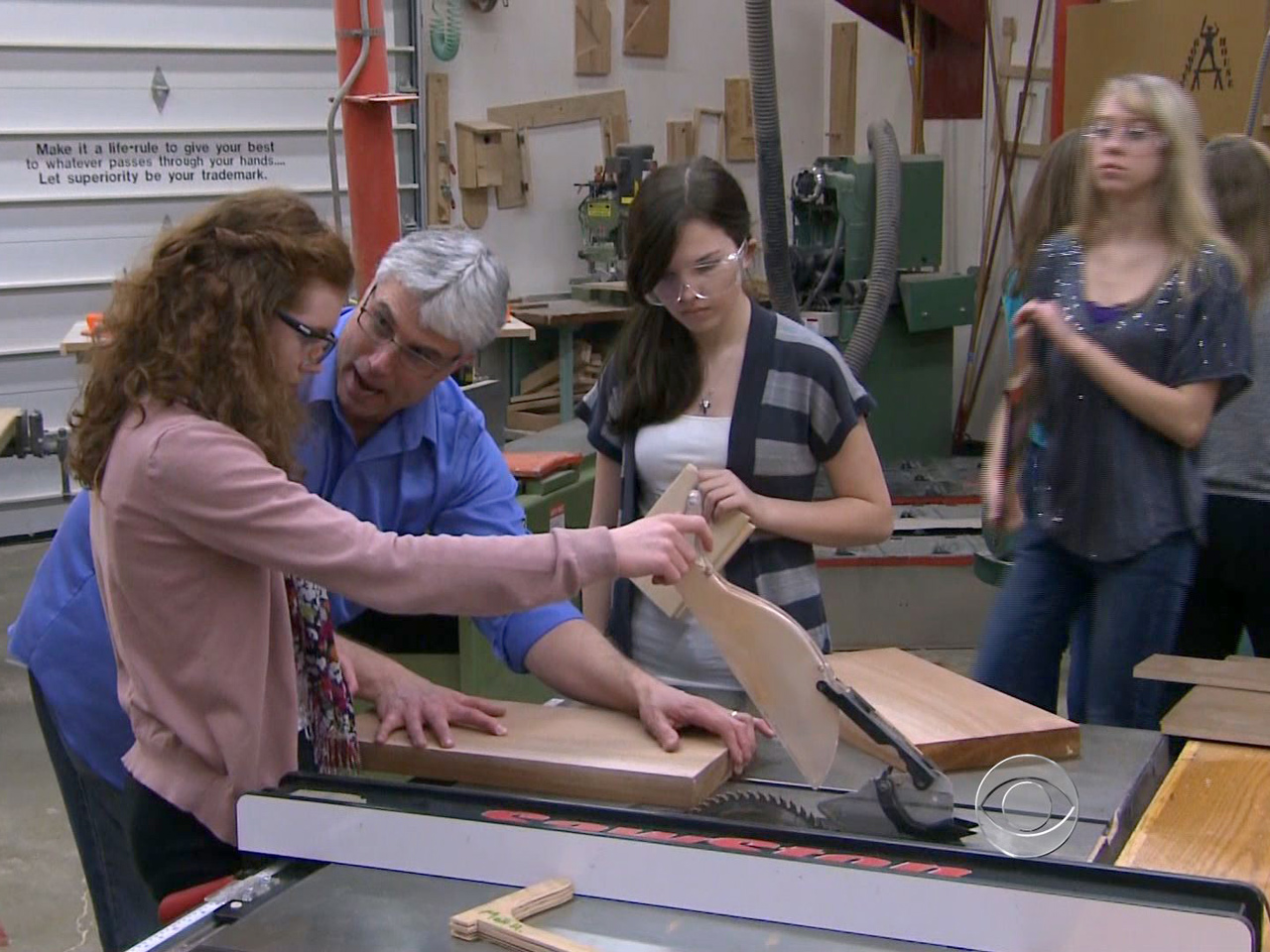 (CBS News) A Georgetown University study says 8 million jobs will be open in the math, science and technology fields by 2018. But the next generation of American workers will be unprepared, especially girls.

CBS News correspondent Lee Cowan reports that one move to level the playing field is found at a school in Oregon. A class once dominated by boys, is now for girls only.

The average high school woodshop is a landscape that is decidedly masculine. The ratio of boys to girls in one Oregon classroom near Portland is usually about 28 to 3. But a little later, the landscape shifts to a class where you won't find a single boy in sight.

"Just because we're girls doesn't mean that we can't do the same thing, if not better than they do it, because we're perfectionists more than they are," said Milena Boscole, a junior.

This is the NBA -- or the No Boys Allowed class -- at Sherwood High School near Portland, Oregon.

"I made a bowl on the lathe and it's pretty awesome I have to say so myself!" said student Kaiulani Alegre

It teaches computer design and woodshop to girls who often shy away from what are traditionally male dominated courses.

"Guys are too intimidating and they're kind of mean, so, I just didn't want to get ragged on!" said student Emily Scharn.

When the No Boys Allowed shop class was first announced, the response was overwhelming. There's now a waiting list.

"If they've never been exposed to it, we're doing them a disservice. If we're only developing our boys, we're missing half the population," said teacher John Niebergall.

Nationwide, boys vastly outnumber girls in technology and engineering, and it takes a strong-willed girl to be willing to step into that world.

Already the boys at Sherwood are noticing the girls have a different approach.

"They're some of the best welders in the class because they're more patient and pay more attention to detail while the guys in this class just kind of go for it!" said junior Dustin Welters.

"For girls, it often gives us something like, hey, my project is better than yours. How do ya feel!" said senior Taeler McGinnis.

"Yeah, we can do anything," agreed Emily Scharn.

Girls who might never have opened the door are finding a confidence they never knew.