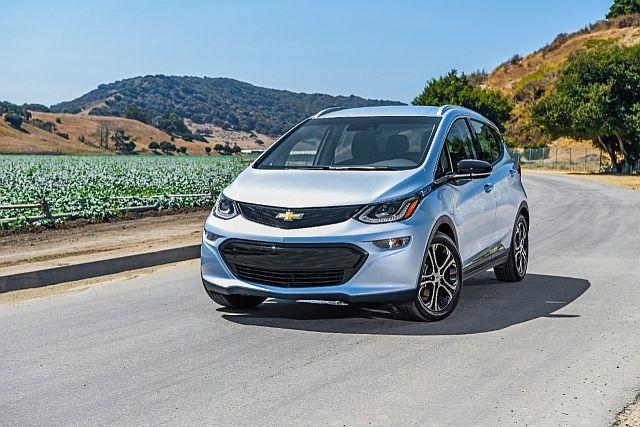 The all-electric Chevrolet Bolt was named one of the top 10 vehicles of this year in Consumer Reports' annual car rankings, released Thursday. However, Chevrolet and most other Detroit-based names finished in the bottom half of the ranking of 34 automotive brands.

The Bolt—first sold as a 2017 model—was honored in part for being the first affordable all-electric car with sufficient range to allay worries about running out of battery power between charging stations.

"We put the Bolt through our battery of rigorous tests and drove it thousands of miles both at our test track and on public roads," said Jake Fisher, CR director of automotive testing. "With the ability to go up to 250 miles on a charge, the Bolt is a good option for someone who might never have considered an EV before."

The CR top 10 featured a best pick in each of 10 categories, including "compact green car," topped by the Bolt. Of the 10 categories, Toyota had four winners, particularly because of superior reliability and advanced safety equipment, the CR engineers said.

Chevrolet was the only other brand with more than one winner. In addition to the Bolt, Impala won the large sedan category.

To make the top 10 list, a vehicle must excel in the magazine's road testing, have strong predicted reliability and owner satisfaction and strong safety ratings. The full list of winners is in Consumer Reports' April auto issue. Models that are not in the top 10 can still make the CR recommended list, and the number of recommended vehicles within a company figures into its overall brand rankings.

Here is a closer look at the Consumer Reports ranking of brands: