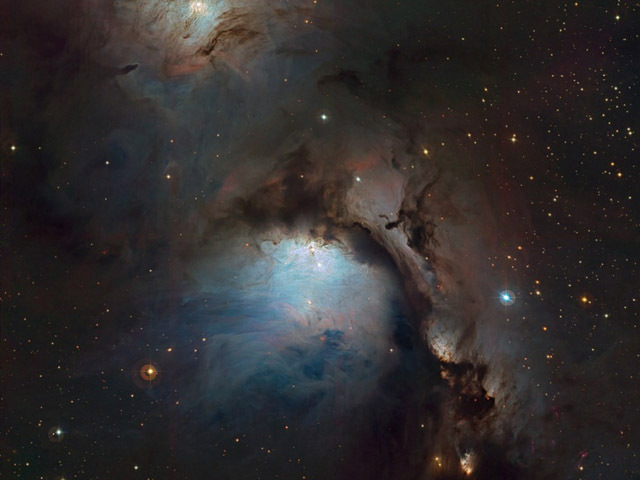 Scientists have dedicated countless hours of research to looking for signs of extraterrestrial life, to no avail. A new report suggests a novel reason for this: perhaps we haven't found aliens because they've already gone extinct.

While researching how life might develop on other planets, Dr. Aditya Chopra from the Australian National University Research School of Earth Sciences and co-author Charley Lineweaver from the ANU Planetary Science Institute, realized that new life forms would have a hard time evolving fast enough to deal with runaway heating or cooling on their planets. Thus, they propose, alien life could have emerged and then perished before we had a chance to find it.

"The universe is probably filled with habitable planets, so many scientists think it should be teeming with aliens," Chopra said in a press release. "Early life is fragile, so we believe it rarely evolves quickly enough to survive."

A planet's habitability, they suggest, is not only dependent on physical parameters such as stellar mass, atmospheric composition and albedo (reflection of solar energy). In order to have a habitable planet, Chopra said, living creatures need to be able to regulate greenhouse gases, maintain the water supply and stabilize surface temperatures.

"Feedback between life and environment may play the dominant role in maintaining the habitability of the few rocky planets in which life has been able to evolve," they write in their paper, which is published in the journal Astrobiology.

"Life on Earth probably played a leading role in stabilizing the planet's climate," Lineweaver said in the press release.

This theory of near universal early extinction, which they dub the Gaian Bottleneck, could serve as a solution to the Fermi Paradox, which asks why when the universe is brimming with wet, rocky planets with the ingredients required for life, no signs of such life have ever been found.

"Our search for life beyond Earth may be thwarted by the short timescales over which planets may remain inhabited," the authors write. "If it takes several billion years to develop radio telescopes, then the Gaian Bottleneck ensures that the vast majority of life in the Universe is either young and microbial, or extinct."

However, Dr. Seth Shostak, a senior astronomer at the Search for Extraterrestrial Intelligence (SETI) Institute, is skeptical of the research and its conclusion. "There's been life on this planet for 3.5 billion years," he told CBS News. "We've had a lot of drama and nothing has killed off life. These guys are not giving life enough credit"

Chopra and Lineweaver suggest that their theory could provide useful guidance on what type of evidence of life scientists should be looking for.

"One intriguing prediction of the Gaian Bottleneck model is that the vast majority of fossils in the universe will be from extinct microbial life, not from multicellular species such as dinosaurs or humanoids that take billions of years to evolve," Lineweaver said.