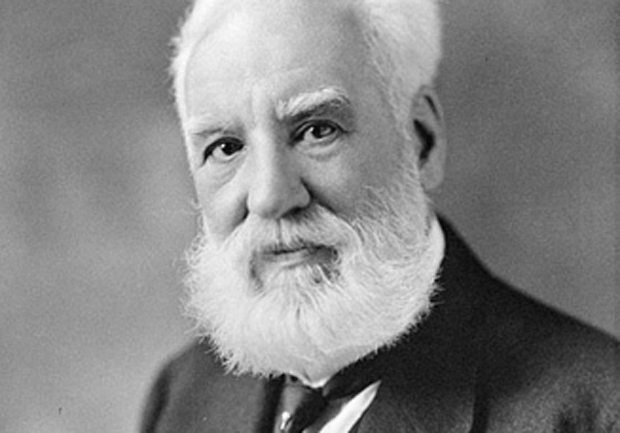 WASHINGTON Researchers have identified the voice of Alexander Graham Bell for the first time in some of the earliest audio recordings held at the Smithsonian Institution.

The National Museum of American History announced Wednesday that Bell's voice was identified with help from technicians at the Library of Congress and the Lawrence Berkeley National Laboratory in California. The museum holds some of the earliest audio recordings ever made.

Researchers found a transcript of one recording signed by Bell. It was matched to a wax disc recording from April 15, 1885.

The experimental recording also includes a series of numbers. The transcript notes the record was made at Bell's Volta Laboratory in Washington. Other recordings from the time include lines from Shakespeare.

In late 2011, scientists played back some of Bell's earliest recordings for the first time with new technology that reads the sound digitally from tiny grooves in the wax disc using light and a 3D camera. The breakthrough offered a glimpse at the experiments with sound and recording at the dawn of the information age when inventors were scrambling to secure patents for the first telephones and phonographs.

The recordings were packed away for more than 100 years and were deemed obsolete until new technology allowed them to be replayed.

"Identifying the voice of Alexander Graham Bell, the man who brought us everyone else's voice, is a major moment in the study of history," said John Gray, director of the Smithsonian's American history museum, in announcing the find. "It enriches what we know about the late 1800s — who spoke, what they said and how they said it."

The museum also identified the voice of Alexander Melville Bell, the famous inventor's father, in an 1881 recording. In that recording, the elder Bell says: "There are more things in heaven and earth, Horatio, than are dreamt of in our philosophy. [Trill] I am a graphophone, and my mother was a phonograph."

Bell deposited this recording and his recording machine at the Smithsonian in 1881 in case of a patent dispute.