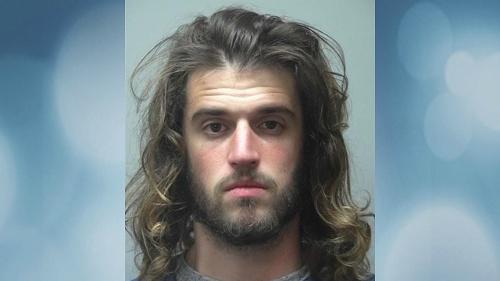 MADISON, Wis. — A University of Wisconsin-Madison student is accused in a string of sexual assaults, reports CBS affiliate WISC.

Alec Cook has already been charged with four counts of second-degree sexual assault and several other counts, but is expected face a total of 34 counts, primarily related to sexual assault accusations involving an unknown number of victims, according to Dane County District Attorney Ismael Ozanne.

After a 20-year-old woman told police a man attacked her in his apartment on Oct. 12, they soon received reports from three other women claiming the suspect had previously sexually assaulted them.

Cook, of Edina, Minnesota, was arrested last week after the initial complaint by the 20-year-old victim. The woman said Cook repeatedly raped her for more than two hours and strangled her to the point of near unconsciousness. According to a criminal complaint filed last week, the victim said she “eventually stopped fighting and he took it as permission.”

After his arrest, two other victims came forward after Cook’s arrest to report separate incidents of sexual assault and Cook was re-arrested on Friday, Madison police said. One of those incidents occurred on Feb. 12 and the other incident happened in 2015.

According to the documents, police believe Cook drugged the Feb. 12 victim before having sex with her.

A fourth victim, a fellow student, later contacted police, claiming Cook inappropriately touched her on at least 15 occasions during the spring 2016 semester at the University of Wisconsin-Madison, according to a statement released by campus police.

In a search warrant filed Friday, police said a search of Cook’s apartment revealed a black leather book in which he had written a list of women’s names. The search warrant said the book documents women in a “very systematic way.” Each entry in the book detailed how Cook met women, what he liked about each one and what he wanted to do with them, according to police.

Officials said dozens of women have come forward about incidents involving Cook, though it’s unclear how many sexual assaults police are investigating.

Cook has denied the allegations against him. His attorney, Christopher Van Wagner, said Cook has cooperated with authorities.

“Much of what has been on Facebook has been character assassination of my client,” Van Wagner told the Star Tribune. “He’s been accused of serious crimes, but the media firestorm has prompted a lot of people to apparently go back and re-examine their relationships with him.”

Van Wagner issued a statement Wednesday afternoon asking people to remember that nothing has been proven.

“Keep in mind that not everything you hear is true,” he said.

The university said in a statement released Wednesday it was “shocked and saddened to learn that several UW–Madison students have reported being sexually assaulted by a fellow student.”

“Sexual violence is unacceptable in our campus and community. We’re committed to transparency and communication, especially in a case as serious as this one,” the statement read.

As part of his bail conditions, Cook has been suspended from the UW-Madison campus.

The university said that Cook has been placed on emergency suspension.