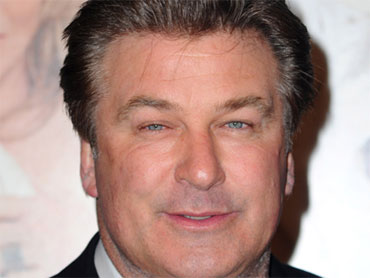 Update: Reps for Baldwin told Perez Hilton on Thursday that while the actor's contract with "30 Rock" does end in 2012, he has no plans to quit acting or leave the show. The CNN interview in which Baldwin mentions wanting a life away from Hollywood, according to that report, is from back in March.

Alec Baldwin received his fourth Emmy nomination for his role as Jack Donaghy on "30 Rock" on Thursday, but he won't be playing the award-winning role for much longer -- the actor says he will leave the show once his contract ends in 2012.

Baldwin, whose portrayal of the egocentric and politically incorrect network executive on the popular NBC sitcom earned him two Emmy wins, said he yearns for a life away from the Hollywood spotlight.

"As much as I like acting," the 52-year-old actor told CNN, "I know that I would love to have a different life. A private life. I think that doing this now for a living has become really, really hard. I would rather go do other things, and with whatever amount of time I have left in my life, have a normal life."

But Baldwin isn't the only actor planning to leave the peacock network. Steve Carell confirmed last week that he will leave"The Office" at the end of the 2010-2011 season.

Both Baldwin and Carrell are nominated in the Outstanding Lead Actor in a Comedy Series category for this year's Emmy Awards, along with Larry David ("Curb Your Enthusiasm"), Matthew Morrison ("Glee"), Tony Shalhoub ("Monk") and Jim Parsons ("The Big Bang Theory").