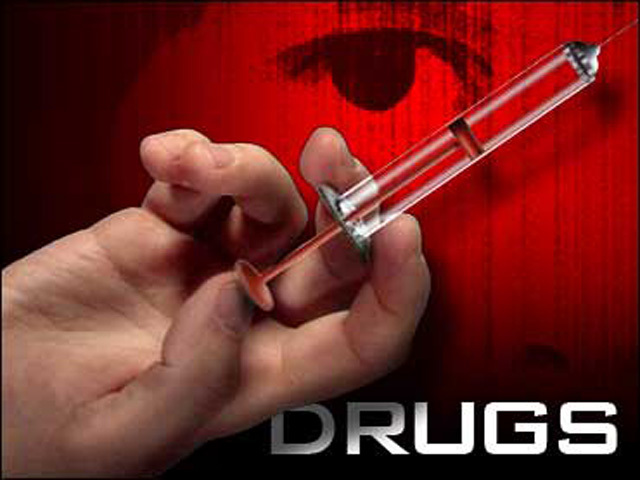 ANCHORAGE, Alaska - An Alaska teenager who was injected with heroin by a 26-year-old man died Thursday almost a week after the incident, Anchorage police said.

Jena Dolstad of Anchorage had been listed in critical condition since she was taken to the hospital last Friday with a drug overdose. The 14-year-old died at the hospital shortly after noon Thursday, police spokeswoman Anita Shell said.

Sean Warner is under arrest on charges of delivering a controlled substance to a minor at least three years younger, contributing to the delinquency of a minor and evidence tampering. With the girl's death Warner now faces additional charges, including manslaughter, said assistant District Attorney Regan Williams. The case is still in the "investigatory stages," he said.

"There's an awful lot of work involved," Williams said. "Beside the sadness of the situation, (the death) does make it more serious."

According to charging documents filed before Dolstad died, two other men went with Warner to pick the girl up the evening of Dec. 22 and take her back to Warner's home to hang out.

Warner was sharing a gram of heroin with the men, and the girl said she was willing to try something "new" but didn't want to inject herself, according to the court papers. Warner tried to inject the girl, but failed, so he had her lie down on his bed and hold out an arm, then used his belt as a tourniquet and shot 25 to 30 units of heroin, taking several times to find a vein, the papers say.

The two witnesses told authorities they left the girl — identified as J.D. in court papers — on the bed and found her the next morning, face down in her vomit.

"They felt for her pulse, sat her up, and grew concerned at her condition and upset at Warner's ambivalence," the documents state.

Warner initially did not want to call 911 because of fears authorities would find drugs, and instead gave the teen Suboxone, a prescription drug used to treat opiate addicts, according to the court papers. He called 911 after the girl began to convulse a couple of hours after he gave her the Suboxone, the papers say.

Warner locked his bedroom door, and responding officers didn't search it when he told them it was his roommate's room, the documents state. After police left, Warner and one of the witnesses put needles and other "related evidence" into a box then dumped it behind a trash bin at a nearby business, according to the papers, which say police later recovered paraphernalia including syringes.

Dolstad was found to have heroin, cocaine and methamphetamine in her system when she was brought to the hospital, charging documents said. Medics told authorities she had sustained damage to her brain and heart.

Authorities have said the heroin used is known on the street at "China White," considered more potent than common tar heroin.

Warner also is charged with theft, accused of stealing a $900 surveillance system from Costco on the same day he took the girl to his home, according to the documents. He is being held on $100,000 cash bail.