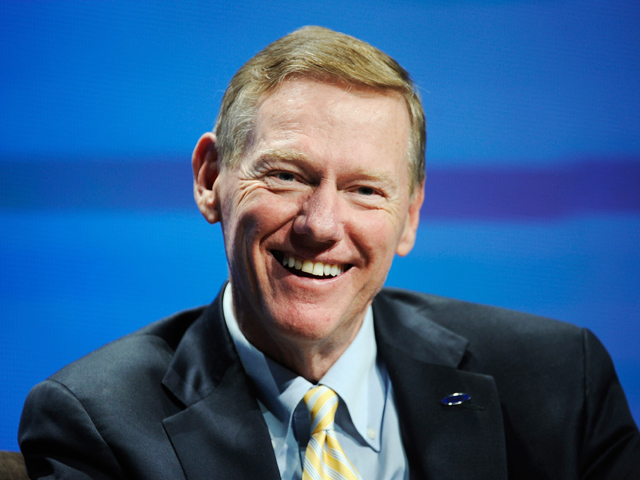 DEARBORN, Mich. Ford (F) CEO Alan Mulally wouldn't say Thursday if he has talked to Microsoft about taking the CEO job at the software giant.

"We don't comment on the speculation," he said on the company's third-quarter earnings conference call.

Mulally repeated that there's no change in the company's plan for him to stay as CEO through the end of 2014. Mulally, 68, has held the top job at Ford since 2006.

Microsoft Corp. is reportedly considering Mulally as a replacement for CEO Steve Ballmer, who intends to step down in less than a year.

Mulally hasn't denied reports that Microsoft is courting him. His name surfaced shortly after Ballmer announced his decision in August. The two are friends. Ballmer even spoke with Mulally over coffee about a wide-ranging reorganization that Microsoft announced in July.

Shares of Ford Motor Co. rose 26 cents to $17.78 in morning trading. The No. 2 U.S. automaker reported a record pretax profit of $2.6 billion for the third quarter, helped by improved results in its overseas operations.

Trouble at the office: When to go to HR, and when not
Thanks for reading CBS NEWS.
Create your free account or log in
for more features.
View CBS News In
CBS News App Open
Chrome Safari Continue
Be the first to know
Get browser notifications for breaking news, live events, and exclusive reporting.