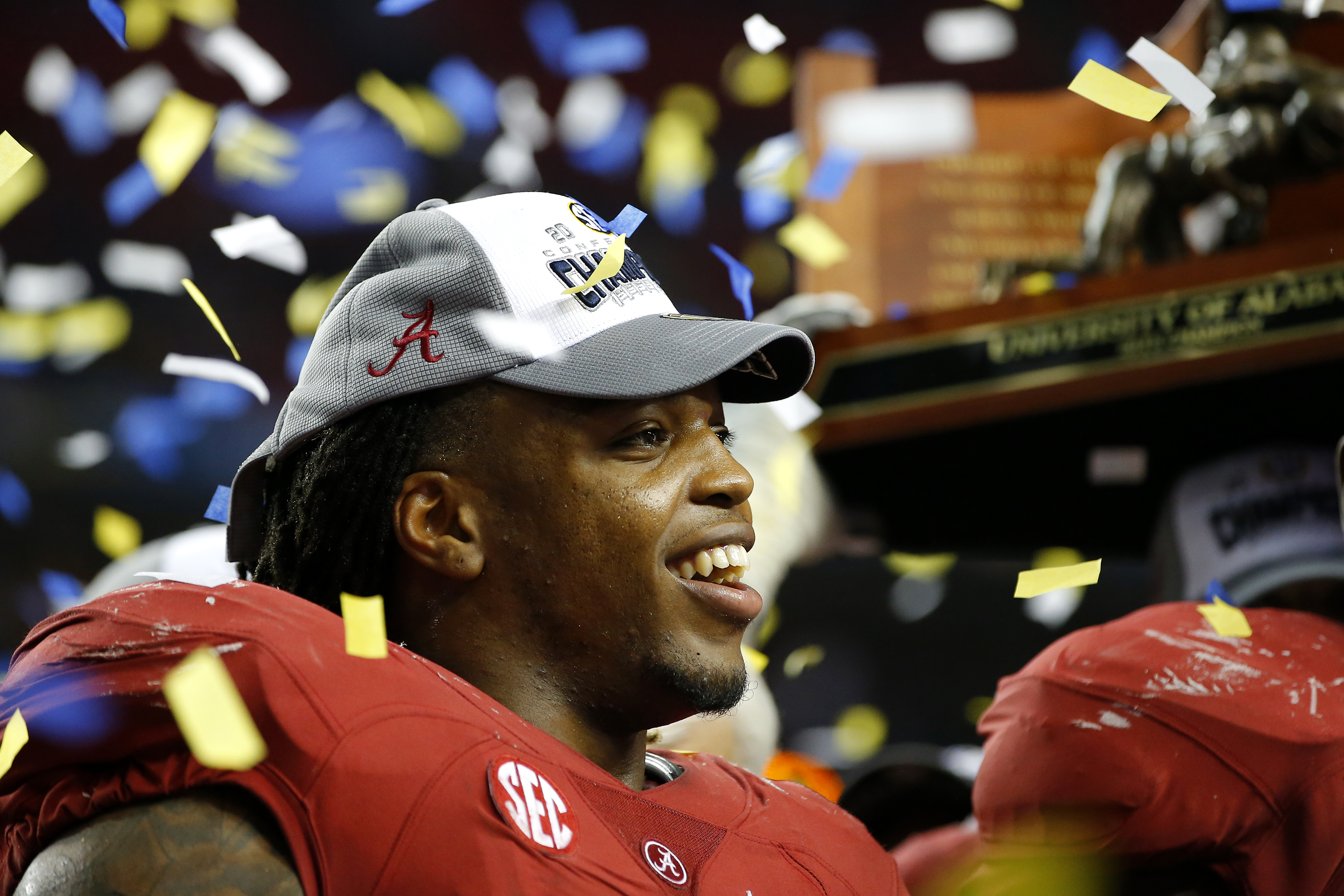 NEW YORK -- Derrick Henry bulldozed defenses while carrying Alabama's offense this season, and then walked away with a Heisman Trophy.

The Crimson Tide's super-sized tailback won college football's most famous player of the year award Saturday night, becoming just the third running back to take the Heisman in the last 16 years.

The 6-foot-3, 242-pound Henry is the second Alabama player to win the Heisman, joining 2009 winner Mark Ingram. Since Ingram won the award, it had gone to five straight quarterbacks.

"Coming into Alabama from Florida, they all accepted me," Henry said of his Alabama teammates during his Heisman speech, CBSSports.com reported. "They all loved me and all supported me. This season, they took me as a leader, guys following behind me, watching me work every day. All I wanted to do was affect them by the way I practice and the way I work hard. ...

"The courage they had in me, the faith they had in me, I couldn't let them down. Everyone asks about [the high number of] carries and how I felt, but when you have teammates like those, it doesn't matter how much it hurts."

Stanford's do-it-all running back Christian McCaffrey was the runner-up, making it four second-place finishes for Cardinal players in seven seasons.

It was the closest Heisman voting since Ingram won by the slimmest margin ever, but still a comfortable victory for Henry. He received 1,832 points, 293 more than McCaffrey (1,539). Watson received the third-most points for a third-place finisher with 1,165.

Henry broke the Southeastern Conference record with 1,986 yards rushing -- held by 1982 Heisman winner Herschel Walker -- and matched a league mark with 23 touchdowns, leading No. 2 Alabama to the College Football Playoff.