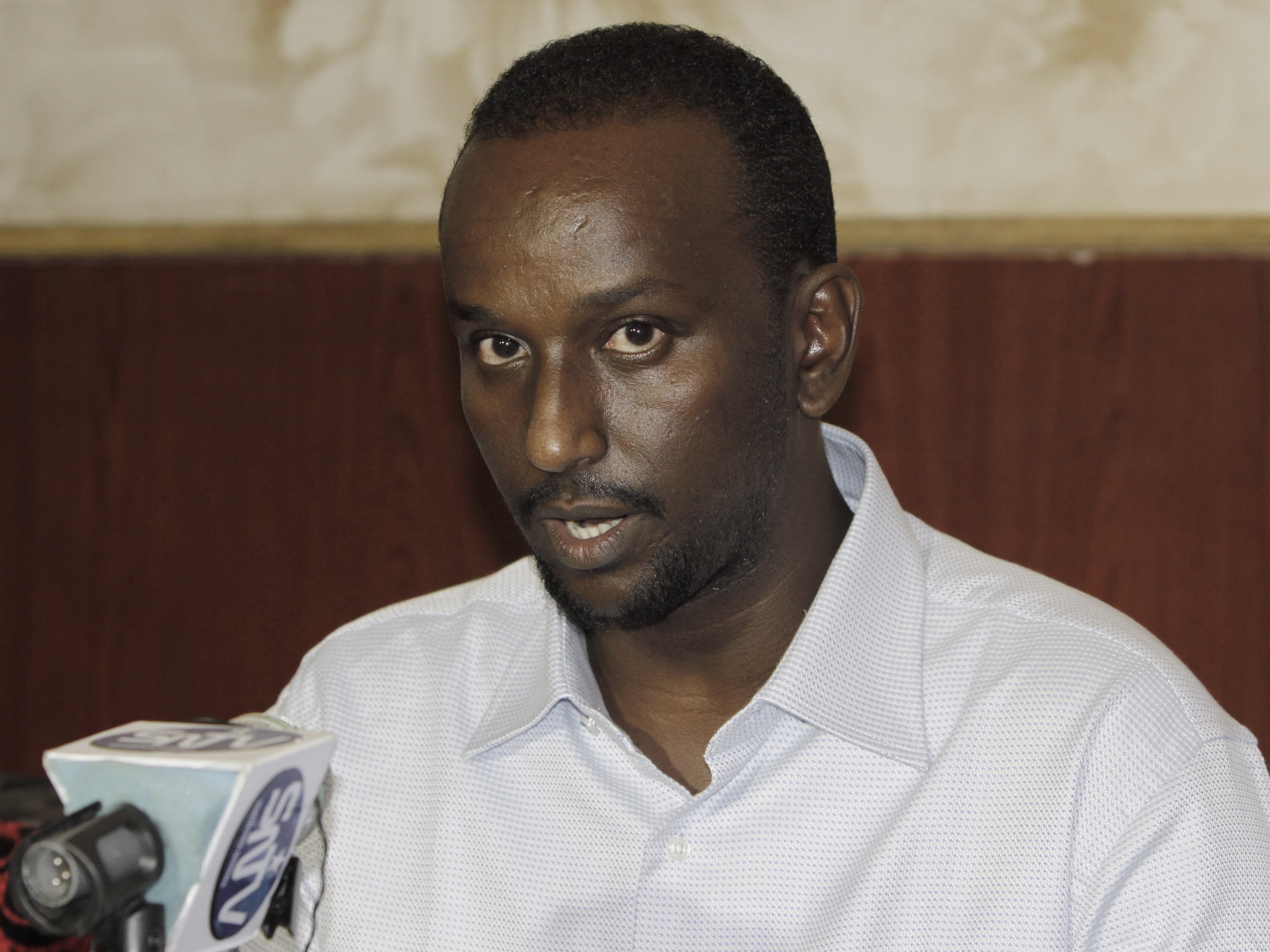 MOGADISHU, Somalia - A leader of Somalia's Islamic extremist group al-Shabab with a $3 million bounty on his head announced Tuesday he has quit the insurgency and renounced violence perpetrated by the al Qaeda-linked group.

Zakariya Ismail Hersi, who was al-Shabab's intelligence chief, called for reconciliation while speaking to the media for the first time since his surrender to Somali authorities in late December.

"I can confirm that as of today I am no longer a member of Al-Shabaab and I have renounced violence as a means of resolving conflict and I will aim to achieve my goals towards peaceful means, and through reconciliation and understanding," Hersi said.

Some analysts say Hersi defected because he feared for his life because of friction with colleagues loyal to Ahmed Godane, the al-Shabab leader who was killed by a U.S. air strike last year.

Hersi is one of seven top al-Shabab leaders targeted by the Obama administration in 2012 which offered rewards totaling $33 million for information leading to their capture. It's not clear who, if anyone will get the bounty for Hersi.

Despite major setbacks in 2014, al-Shabab continues to wage a deadly insurgency against Somalia's government and remains a threat in Somalia and the East African region. The group has carried out many terror attacks in Somalia and in neighboring countries, including Kenya, whose armies are part of the African Union troops bolstering Somalia's weak U.N.- backed government.

Last week, three Somali nationals were killed when a suicide bomber detonated a car bomb outside a hotel housing the advance party of the Turkish President Recep Tayyip Erdogan who visited the country days later.

Al-Shabab controlled much of Mogadishu during the years 2007 to 2011, but was pushed out of Somalia's capital and other major cities by African Union forces.