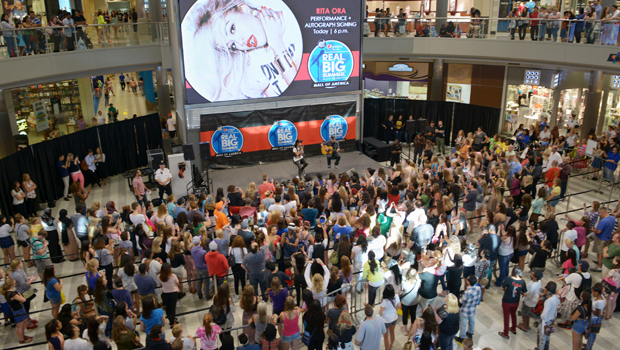 A terror group linked to al Qaeda released an online video Saturday in which the group appears to call for attacks on Western malls.

Federal law enforcement officials told CBS News that they are investigating the video.

In 2013, the Somali-based group claimed responsibility for an attack on an upscale shopping mall in Kenya.

The group is essentially saying if militants can attack a mall in Nairobi then others can attack targets elsewhere, D'Agata reports.

Al-Shabaab in the past has been considered a local or regional threat, D'Agata reports. It is thought that this is the first time it has made a direct threat against the United States.

U.S. law enforcement officials tell CBS News their posture has not changed with the release of the video. The mall attack in Kenya had already led to a new sense of urgency and a review of tactics in case of a similar attack.

Local police in major cities cities like Chicago and New York across the country have been notified of this threat from Al-Shabaab by the Department of Homeland Security, officials tell CBS News.

On Friday, Al-Shabaab claimed responsibility for suicide attacks at a hotel in Somalia's capital that left 25 people dead and 40 wounded.

One Islamic extremist rammed an explosives-laden vehicle into the gate of the Central Hotel, and another went in and blew himself up, a statement from Prime Minister Omar Abdirashid Ali Sharmarke's office said.

Government officials were meeting at the Central Hotel at the time, and the statement said Mogadishu's deputy mayor and two legislators were among the dead. It was unclear whether the government's report of 25 dead included the two bombers.

Despite the loss of key strongholds in Somalia, al-Shabaab continues to stage attacks in the capital, Mogadishu, and elsewhere.

Somalia's president Hassan Sheikh Mohamud condemned the attack and said it would not derail efforts by his government to restore peace to Somalia which is recovering from decades of war.

This is the second attack on a hotel in Mogadishu in less than a month. On Jan. 22, three Somali nationals were killed when a suicide car bomber blew himself up at the gate of a hotel housing the advance party of the Turkish President Recep Tayyip Erdogan, who visited the country days later.

Al-Shabaab controlled much of Mogadishu during the years 2007 to 2011, but was pushed out of Somalia's capital and other major cities by African Union forces.