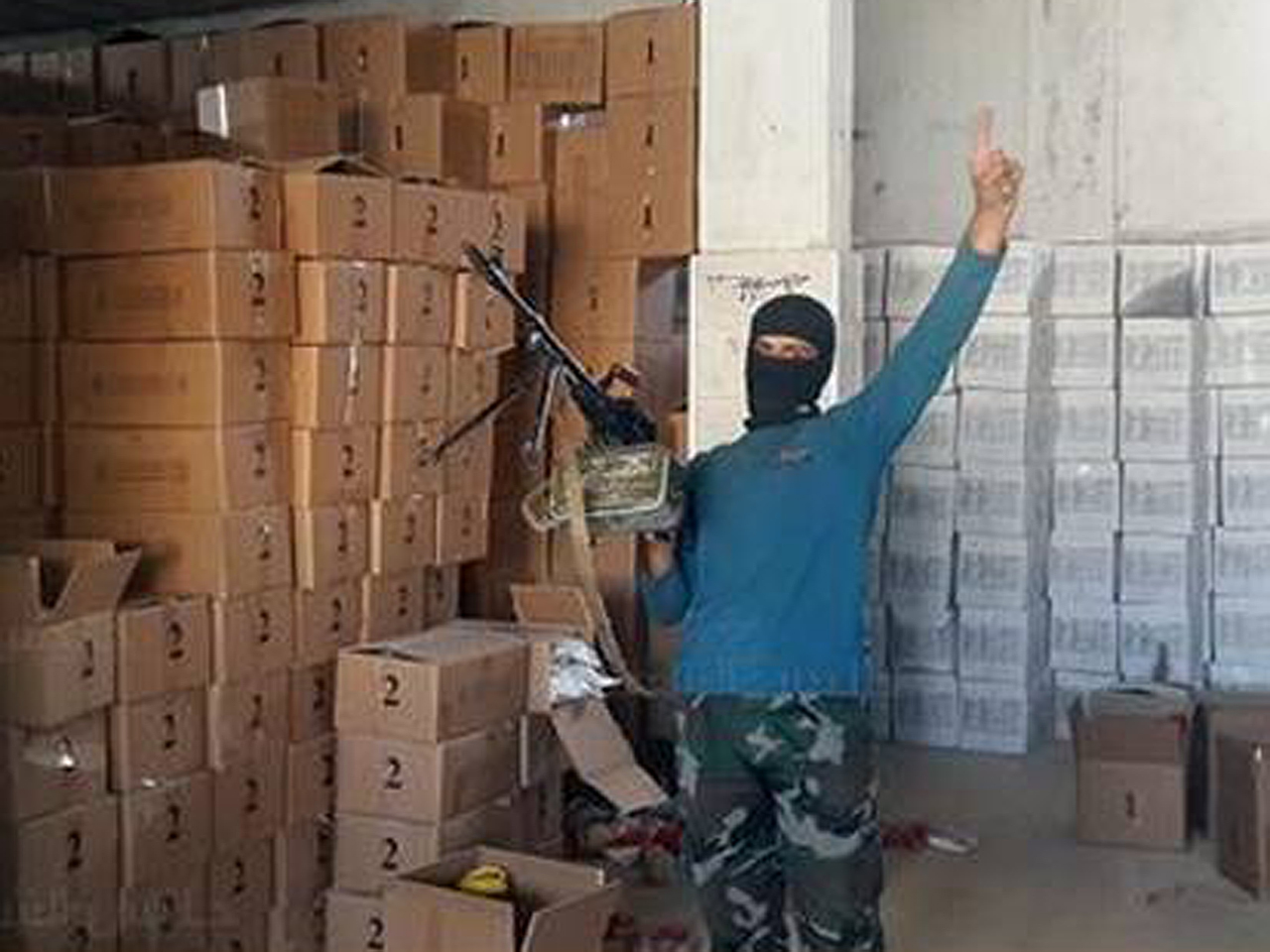 BEIRUT -- Al Qaeda-linked militants pressed an offensive Monday against Western-backed rebels in northern Syria, closing in on a vital border crossing with Turkey and exposing the weakness of mainstream opposition groups that the U.S. hopes to forge into a fighting force to take on Islamic extremists.

The Nusra Front's recent surge has overrun strongholds in Syria's Idlib province of two prominent rebel factions that proved unable to repel the assault despite getting arms and training from the U.S. The opposition groups' collapse marks a significant setback to Washington's plan of partnering with more moderate brigades to fight the Islamic State of Iraq and Syria (ISIS) and other radicals.

The Nusra Front - a bitter and bloody rival of ISIS despite their shared extremist ideology - was massing its fighters Monday in the town of Sarmada near the Bab al-Hawa border crossing after sweeping through rebel-held towns and villages over the weekend. As the extent of the rout became apparent, reports also emerged that some rebels had pledged allegiance to the al Qaeda affiliate.

As CBS News correspondent Holly Williams reports, there have been more than 200 U.S.-led airstrikes in and around the Syrian Kurdish town of Kobani to roll back and destroy the ISIS group, which has seized huge chunks of territory spanning Syria and Iraq. Kobani, which is located on the Turkish border, is where ISIS has been battling street-by-street against local fighters since September. Kurdish fighters from Iraq arrived there to help defend the town against ISIS militants, but it is unclear which side currently has the upper hand.

The two primary targets of the Nusra Front's attack are the Syria Revolutionaries Front and Harakat Hazm. While both rebel groups have received U.S. support, it never reached the levels that either deemed necessary to make significant advances against President Bashar Assad's forces in Syria's 3½-year-old civil war. At the same time, the link to the Americans also earned them the enmity of radical groups.

"The Nusra Front is deeply suspicious of both the SRF and Harakat Hazm because they receive support from the U.S.," said Aron Lund, editor of Syria in Crisis, a website run by the Carnegie Endowment. "The U.S. is also quite open about training rebels to take on both the ISIS and al Qaeda, to which the Nusra Front belongs. So from the Nusra Front's perspective, these groups aren't just troublesome rivals, they're a pro-Western fifth column that are slowly being readied for a purge of jihadis."

Tensions between the groups worsened after the U.S. bombed Nusra Front bases in Idlib province on the opening night of its air campaign focused primarily on the ISIS group. Those airstrikes won the Nusra Front, which has largely focused on fighting Assad's forces, the sympathy of many in opposition-held areas.

Mainstream rebel groups maintain a presence in parts of northern Syria and are also active in the south along the Jordanian border. But the quick defeat of two groups previously considered among the stronger factions in Idlib province "shows that ... the moderates are weaker than what we have been led to believe, despite increased funding from the West," said Charles Lister, a visiting fellow the Brookings Doha Center.

It was unclear how far the Nusra Front intended to take its offensive in Idlib. In recent days, the group's fighters have been gathering in the town of Sarmada in northern Idlib province, about four miles from Bab al-Hawa, said Assad Kanjo, an anti-Assad activist based in the province.

Rami Abdurrahman of the Britain-based Syrian Observatory for Human Rights also said Nusra fighters had flowed into Sarmada, but said there was no indication they had advanced on the crossing, which is held by a rebel alliance known as the Islamic Front. Bab al-Hawa serves as an important supply route for Western-backed fighters as well as aid groups in northern Syria.

Lister said he did not believe Nusra fighters would attack the crossing, saying they were unlikely to directly challenge the Islamic Front, a collection of hard-line and moderate Muslim groups. He said that likely would create new, unnecessary enemies for the group.

"Most likely, they will seek to consolidate their influence in the area around Bab al-Hawa," he said.

Either way, the group's advances have dealt a sharp blow to Harakat Hazm and the Syria Revolutionaries Front.

Harakat Hazm emerged earlier this year, and online videos have showed its fighters using Western-donated weapons, including U.S. anti-tank weapons in the spring. It has made modest advances in Idlib.

The Syria Revolutionaries Front, meanwhile, has sought to present itself as a force against extremists like the ISIS. The group's leader, Jamal Maarouf, has emerged as a wily commander who has gotten the support of Western backers. He presents himself as a moderate but has used sharp sectarian language to refer to the Syrian army.

In an online video posted Saturday after his forces were pushed out of parts of Idlib, Maarouf accused Nusra fighters of "occupying" Idlib and compared them to Assad's forces.

In the messy alliances that have characterized the Syrian war, the Nusra Front has fought alongside other rebel groups against Assad's forces. But it has particularly poor relations with Maarouf's men. They had fought in summer over what appeared to be the rights to smuggling Syrian fuel to Turkey.