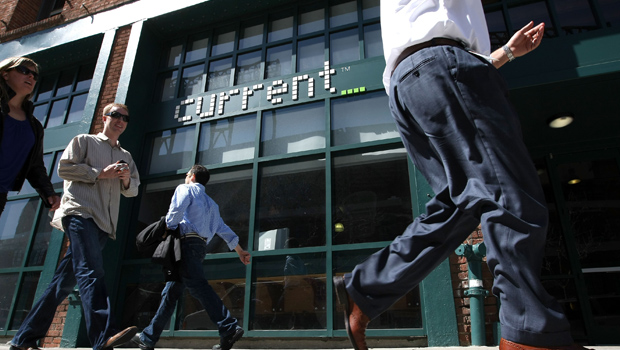 (MoneyWatch) After years of trying to sell Current TV, America's least watched cable network, co-founder Al Gore has finally found a buyer for the company: Al Jazeera. Yet while the $500 million deal may ultimately pay off for the pan-Arabic news network, that means Al Jazeera is paying a record amount of more than $20,000 for each of Current's viewers.

When Current was launched in 2005, it focused on airing user-generated videos in 8-minute segments. Seeking a larger audience, it then gradually move into producing long-form narrative video journalism and reality and documentary programming. For the last couple of years, it tried to position itself as a left-leaning broadcast alternative to the cable news channels.

Prior to this week's sale, Current was mostly known for its connection to Gore, the former Vice President in the Clinton administration and for its internal turmoil. In March, for example, the company was engaged in a high-profile spat with talk-show host Keith Olbermann, firing him only 10 months after he was hired. Before he was dismissed Current's management had hoped the former MSNBC anchor would lift the network out of obscurity. It didn't happen. Although Olbermann's initial shows drew more than than 100,000 viewers, within a few months that number was down to roughly 46,000.

In April of 2011, with Current averaging around 22,000 viewers a day, there were reports that the network was in danger of being dropped by Time Warner Cable for low ratings. The cable company eventually did keep Current on, but with the unusual contract requirement that it had to meet certain minimum audience thresholds every quarter.

Al Jazeera believes the U.S. is a good market because of the huge amount of American traffic its website gets. "U.S. viewers have clearly demonstrated that they like the way Al Jazeera provides compelling, in-depth news to audiences across the world," said Al Jazeera director general Ahmed bin Jassim Al Thani in a statement. "Our commitment to the voice of the voiceless, bringing stories from under-reported regions across the world and putting the human being at the center of our news agenda is at the heart of what we do."

In buying Current, Al Jazeera said it is launching a new channel that will provide offer domestic and international news geared toward American viewers. The news operation, to be based in New York, will join the company's bureaus Chicago, Los Angeles, Miami and Washington. Al Jazeera also plans to open additional bureaus around the country and to double its U.S.-based workforce to more than 300 employees.

Yet Al Jazeera also has struggled to grow in the U.S. The network has failed to attract a cable distributor for its English-language programming, with carriers sensitive to accusations of anti-Americanism and slanted coverage against the news service.

Time Warner Cable has so far declined to give any reasons for dropping Current. A statement issued by the company said only that "our agreement with Current will be terminated and we will no longer be carrying the channel."