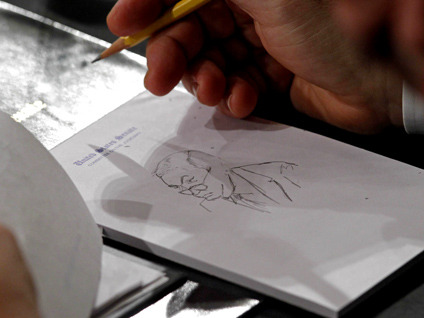 Democratic Sen. Al Franken of Minnesota became famous as a comedian before being elected to the Senate.

But maybe what he really wanted to be is an artist.

An Associated Press photographer snapped a photograph of Franken's sketch of Republican Sen. Jeff Sessions of Alabama today. Franken drew the image as the Judiciary Committee -- which both men serve on -- held confirmation hearings for Supreme Court nominee Elena Kagan.

Check out the picture at left. And below that - so that you can judge Franken's artistic skills - is a photograph of Sessions himself.