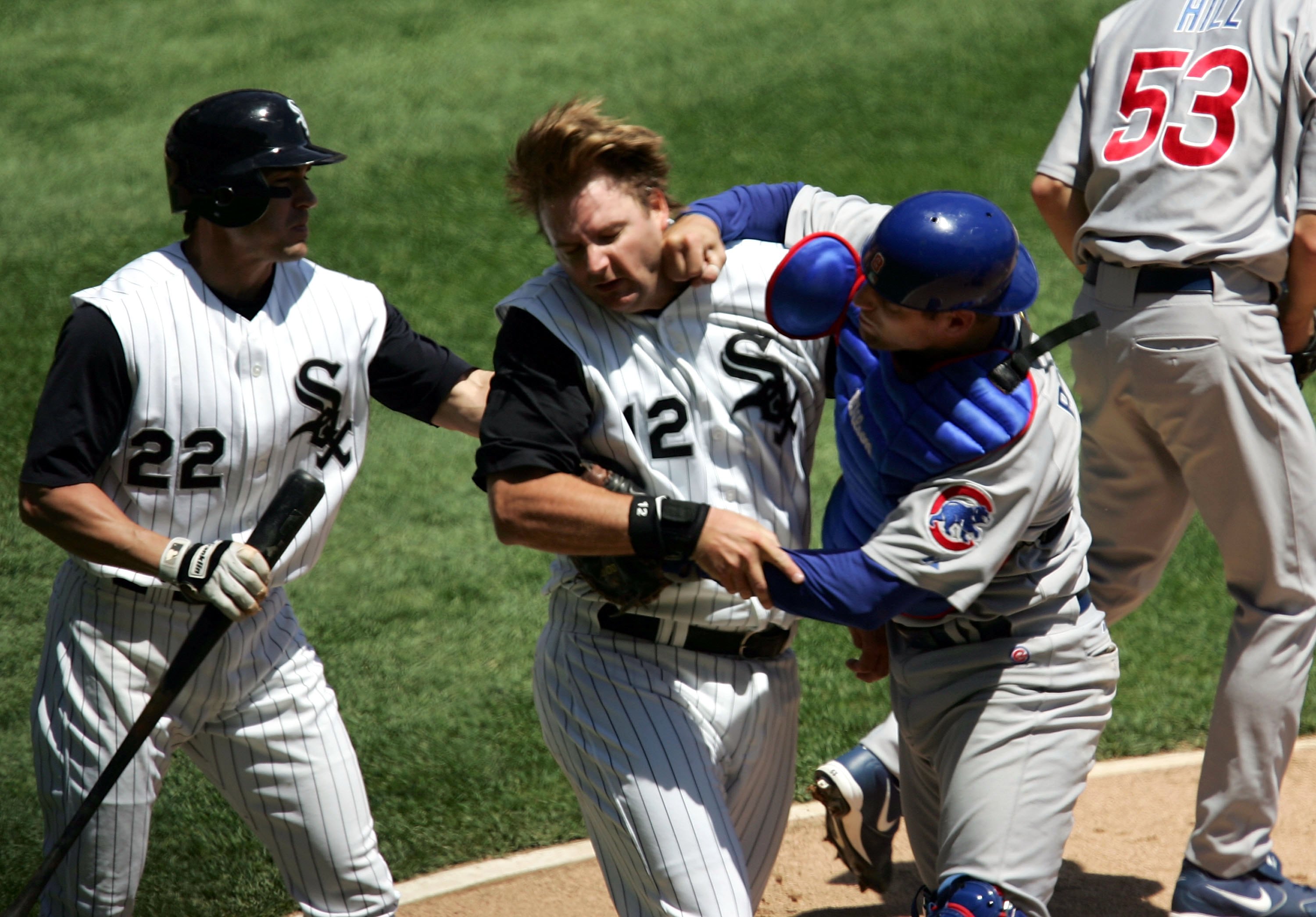 Most baseball fans will probably recall an infamous play in 2006 on the north side of Chicago. In the second inning of an interleague game, A.J. Pierzynski of the White Sox collided with Cubs catcher Michael Barrett at home plate before the ball arrived, scoring the first run of the game.

What did Barrett do? He got up and punched Pierzynski for no apparent reason.

Except maybe simply that he didn't like Pierzynski - a sentiment apparently shared by a lot of current players, according to a new poll.

The results are no surprise. The Chicago catcher has worked hard at perfecting his reputation of being a mosquito-like agitator on the field - constantly trash talking and needling hitters while behind the plate. Pierzynski seems to relish his role as bad guy and as one of the better hitting catchers in the league, he largely gets away with it.