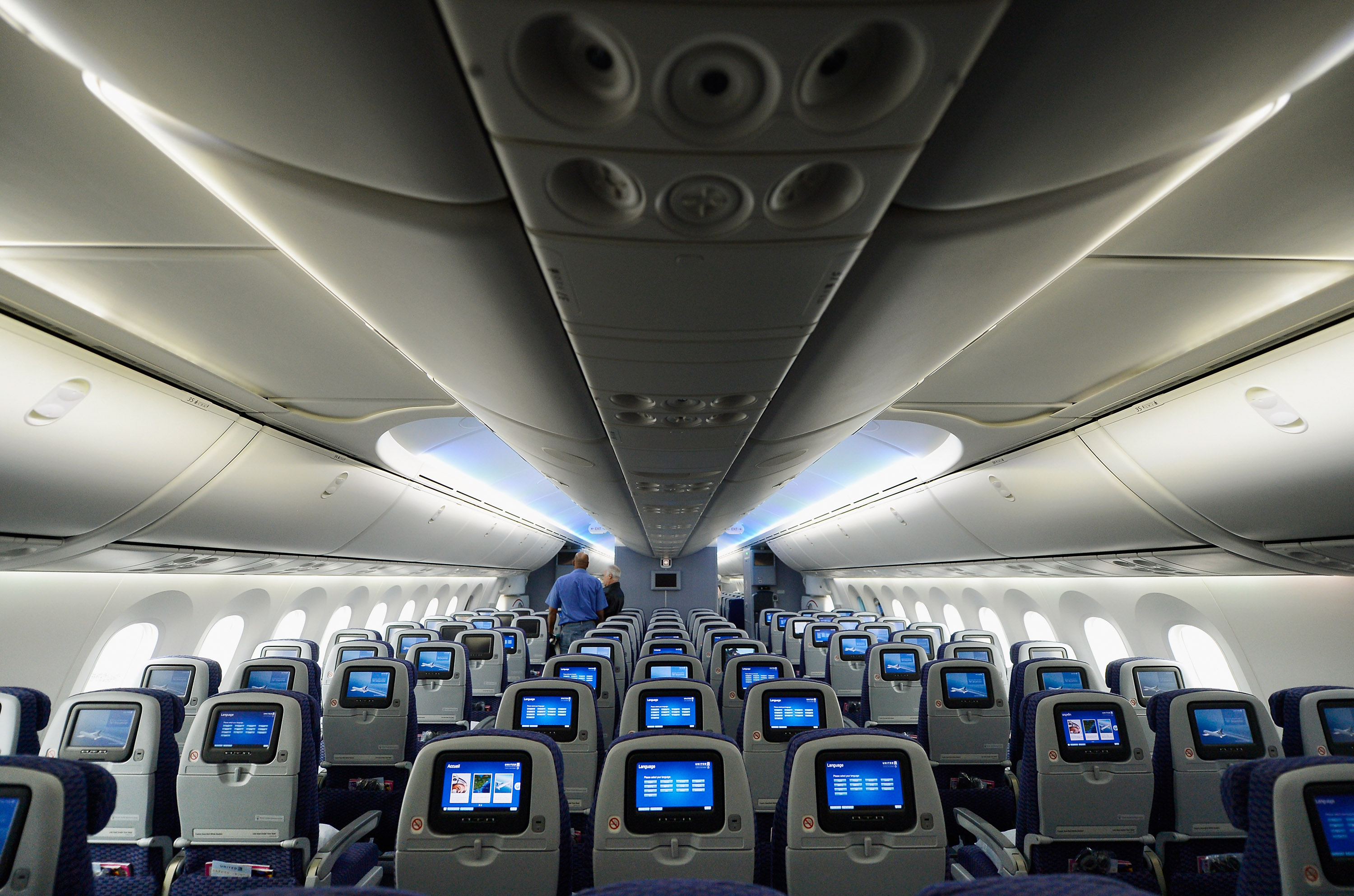 WASHINGTON -- The shrinking space on airplanes is surely uncomfortable, but it might also be dangerous for passengers' health and safety.

Planes are filled with more passengers than ever before. Fliers are older and heavier. Flight attendants warn about an increase in air rage, and experts question if having rows of seats packed closer together might make it harder for passengers to evacuate after a crash.

A consumer advisory group set up by the Department of Transportation dove into all those issues Tuesday at a public hearing as part of its role to make non-binding suggestions to government regulators.

Charlie Leocha, the consumer representative on the committee, said the government sets standards for the conditions for dogs flying as cargo but doesn't dictate minimum space standards for passengers.

"In a world where animals have more rights to space and food than humans," Leocha said, "it is time that the DOT and FAA take a stand for humane treatment of passengers."

Fliers last summer squeezed into the least amount of personal space in the history of flying. In July, U.S. airlines sold a record 87.8 percent of seats on domestic flights, according to the Bureau of Transportation Statics. And that figure does not include all the seats occupied by passengers who redeemed frequent flier miles or airline employees flying for free.

"Unfortunately, the days of the empty middle seat are a thing of the past," said Julie Frederick, a representative for the American Airlines flight attendants union.

Complaints to the U.S. Department of Transportation regarding the airlines have been rising steadily over the past five years. And according to a new study, commercial airlines "collectively declined" when it came to four key factors: On-time performance, involuntary denied boardings, mishandled baggage and customer complaints.

Following the implementation of checked-bag fees in 2008, Frederick said, more and more passengers are carrying on bags, fighting for overhead bin space. That anger carries over through the flight as passengers bump elbows on armrests and bang their knees against tray tables. She said there are more cases of air rage, many of which go unreported.

Questions were also raised if the increased density of seats means passengers won't be able to evacuate fast enough after a crash.

The Federal Aviation Administration runs various tests including how fast passengers can evacuate a plane and how fast they can put on a life preserver.

But Cynthia Corbertt, a human factors researcher with the FAA, testified that it conducts those tests using planes with 31 inches between each row of seats. Many passenger jets today have less legroom. For instance, United Airlines has 30 inches of room, known as pitch, on some jets; Spirit Airlines offers 28 inches.

Before any new jet is allowed to fly, the manufacturer must prove that everybody can evacuate in 90 seconds with half of the exits blocked.

Carry-on baggage is strewn throughout the cabin, and the test is conducted in night-like conditions. However, the cabin is not filled with smoke, and all of the passengers are physically fit, dressed in athletic clothing and know that an evacuation is coming.

"We'd like to see more realistic simulations," Frederick testified. She added that most passengers don't pay attention to pre-flight safety briefings, especially now that they can use electronic devices from gate to gate.

Pennsylvania Attorney General Kathleen Kane, who chairs the DOT committee, noted concern that the FAA does not factor in human panic, especially parents who might take extra time to ensure their children are safe before evacuating.

"So they aren't the average traveler, quite honestly," Kane said.

On long flights, there is another risk for fliers: deep vein thrombosis, where a blood clot forms, typically in a leg vein. If that clot gets lose and travels into the lungs, it can cause a blockage.

Nimia L. Reyes, a medical officer with the Centers for Disease Control and Prevention, said that seat size isn't necessarily a factor in people developing the clots or not. The real issue, she said, was how able passengers are to get up, walk around and stretch. Those in window seats have twice the risk of getting deep vein thrombosis than those on the aisle seats.

After years of major losses and a wave of bankruptcies, airlines are finally profitable again after adding baggage fees and increasing the number of seats on jets. Last year, U.S. carriers earned more than a combined $11 billion.

Airlines do offer coach passengers more legroom, if they are willing to pay for it - often $50 extra each way. Many travelers aren't.

Keith Hansen, director of government affairs for budget carrier Allegiant Air, said the No. 1 thing vacationers care about is price.

"The only way we can offer a low airfare ... is to increase the seating density so we can divide the cost of operating a flight among the greatest number of people possible," Hansen said.

The DOT has seen an increase in passenger complaints but few regarding seat recline or personal space, said Blane Workie, a committee member and the department's assistant general counsel for aviation enforcement and proceedings.

David A. Berg, a member of the DOT committee and general counsel for the airline industry's trade and lobbying group, Airlines for America, asked how airlines would respond if the government created a new rule requiring a minimum amount of legroom.

"If airlines are forced to reduce the number of seats," Hansen replied, "inevitably there would be an increase and it would price out part of the traveling public."

The culture of harassment goes way beyond Harvey Weinstein