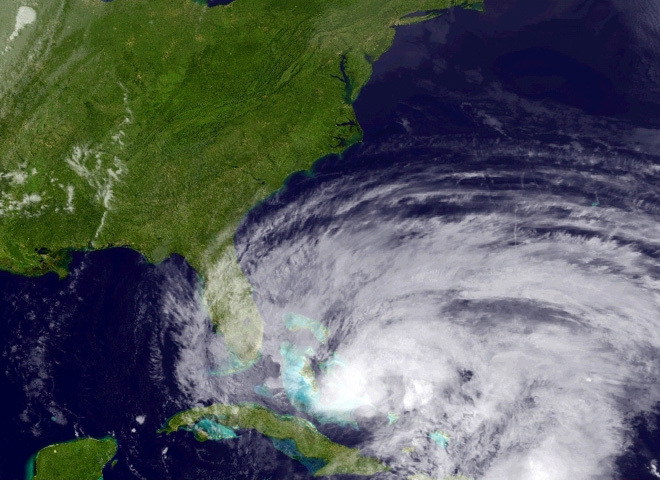 NEW YORK Some U.S. airlines are giving travelers a way out if they want to scrap their plans due to a massive storm expected to hit the East Coast.

JetBlue, US Airways and Spirit Airlines are offering waivers to customers who wish to reschedule their flights without the typical fee of up to $150. Other airlines are monitoring the storm and plan to update passengers later Friday.

Hurricane Sandy plowed through the Bahamas early Friday after leaving at least 39 people dead across the Caribbean. It could blend with a winter storm to produce a so-called "Frankenstorm" along the U.S. East Coast next week.

Sandy continues to barrel north as a Category 1 hurricane, and meteorologists predict it could meet with another wintry storm on Tuesday morning around New York or New Jersey. Government forecasters said there is a 90 percent chance that the East will get pounded.

"It's almost a weeklong, five-day, six-day event," National Oceanic and Atmospheric Administration forecaster Jim Cisco, who coined the nickname Frankenstorm, said Thursday. "It's going to be a widespread, serious storm."

Utilities are lining up out-of-state work crews and canceling employees' days off to deal with expected power outages. From country disaster chiefs to the federal government, emergency officials are warning the public to be prepared. And President Obama was briefed aboard Air Force One.

Those hoping to fly in or out of affected areas are asked to check their flight status before heading to the airport. To cancel, they should call the airline directly.