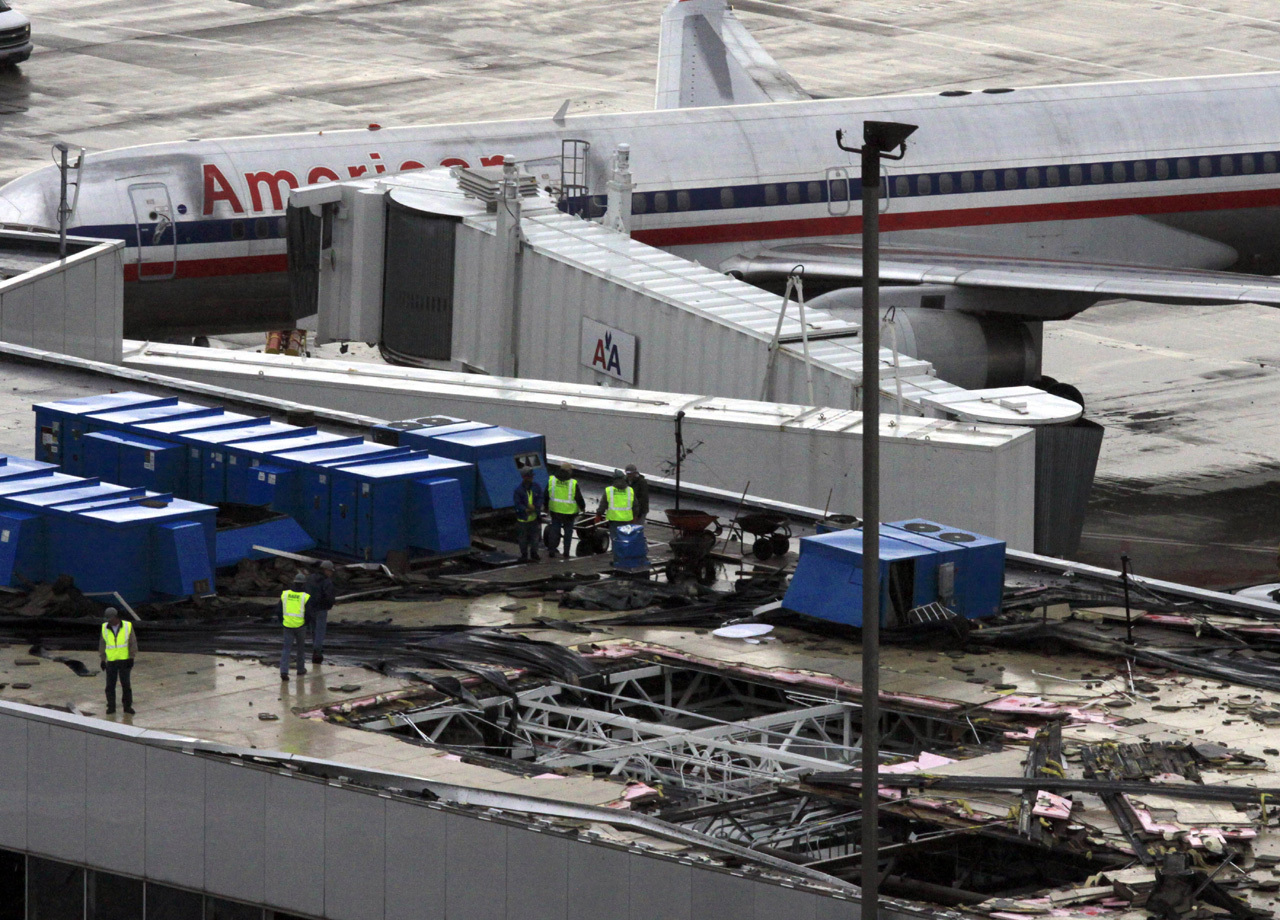 ST. LOUIS - American and Southwest airlines checked damage to planes and canceled flights on Saturday, a day after a tornado damaged the airport in St. Louis.

American said two planes received significant damage. Spokesman Ed Martelle said two others had lighter damage but should be flyable by the end of the day.

Crosswinds of 80 mph struck one plane that was taxiing in from a landing when the tornado hit. Martelle says that plane also was being checked.

Southwest Airlines Co. spokeswoman Marilee McInnis said one of its planes was damaged by a baggage loading conveyer belt that was pushed by the wind.

Southwest has canceled all St. Louis flights through late Saturday afternoon. American, which operates out of the heavily damaged main terminal, says it won't fly out of St. Louis until at least Monday morning.

Spokeswomen for Greyhound and Amtrak said both modes of alternate transportation stood ready to handle an increased demand from storm-affected travelers trying to make their way out of St. Louis, though it was not immediately clear how many of those people were trying to catch buses or trains.

Crews worked through the night trying to clean up Lambert Airport, boarding up windows and sweeping up shattered glass.

On Saturday, police stood guard at spots where windows had been blown out. No passengers were evident.

In nearby suburbs, people wandered through neighborhoods where roofs had been torn off homes and multiple houses were flattened.

St. Louis Mayor Francis Slay and the airport's director, Rhonda Hamm-Niebruegge, told reporters that the airport could reopen Sunday at 70 percent capacity, depending on the quickness in getting power restored and the ability of affected airlines to shuffle some of their terminal arrangements.

Ameren Missouri reported some 35,000 customers were without power Saturday morning.

Left: The damaged tail section of an American Airlines jet, following a tornado that tore through Lambert International Airport in St. Louis on Friday.

The National Weather Service confirmed a tornado had it the airport, ripping away a large section of the main terminal's roof.

National Weather Service meteorologist Scott Truett said it was possible that a tornado that touched down near the St. Charles County town of New Melle was the one that ripped into the airport and apparently other parts of St. Louis County. If that was the case, the tornado sustained itself for roughly 30 miles.