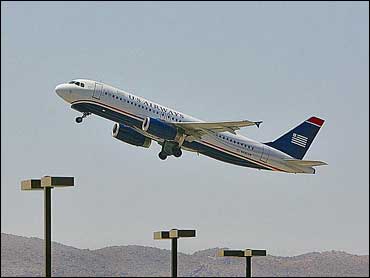 Frequent flyer miles are nice, but how about getting those airline tickets wholesale?

Often, it can be done, and if cFares.com has its way, it might be done a good deal more often.

The company, which has been selling cheap airline seats since 2005, has just updated its user interface after securing a new round of venture funding. Newly capitalized at about $4.5 million, cFares hopes to disrupt travel pricing by turning business relationships in the travel industry upside down.

CEO Vajid Jafri says the firm is following the lead of Costco by charging customers a fee - in this case, $50 a year - for the privilege of buying travel wholesale. Wholesale fares, says Jafri, "represent about 20 percent of the market in the U.S."

One reason they can get lower fares, he says, is because in some cases, the company is kicking back a portion of its customer membership fees to participating airlines. He says it's appealing to the airlines because it's the opposite of the typical business model in which airlines pay travel agencies (including online agencies such as Expedia, Orbitz and Travelocity) for selling tickets.

Cfares isn't a travel agency nor does it sell tickets. Instead, it refers visitors to the websites of companies that do sell tickets, including airlines and travel services such as Expedia. cFares also works with travel consolidators – also known as "bucket shops" – who can sometimes offer lower prices by booking large numbers of seats on selected flights. Consolidators, said Jafri, can sometimes offer tickets for 20 to 40% below retail, but you can't necessarily find a wholesale price on all flights.

Here's how it works. As with any travel site, you start by entering your departure and arrival cities, dates and times. You can also opt to "search local airports" to see if it can find a cheaper flight going into or out of a nearby airport. That alone can save a lot of money.

It's not uncommon for a flight to or from Newark to be cheaper than one from JFK airport in nearby New York City. The same can be true of Oakland vs. San Francisco or Long Beach vs. Los Angeles.

The savings, of course, vary depending on when and where you are traveling. On a round trip from San Francisco to Paris leaving August 20th and returning on August 27th, cFares found Platinum fares as low as $982 and Gold fares starting at $1027.

The Platinum fare is based on a rebate from cFares that's credited to the same credit card account you use to buy the ticket. The $982 fare it found for a San Francisco to Paris flight was on Expedia so to actually book the ticket, I had to use a link from cFares to the appropriate page on Expedia's site. When I arrived at Expedia, the actual price was $1,027 for a flight on USAir – the difference being a $45 rebate from cFares, which would almost pay for a year's membership.

So far, so good, but not being one to take anything for granted, I checked the same dates on USAir's website. At first I thought I had beaten cFares prices. The same flight was listed at USAir.com for $908 but there was one little hitch: "plus taxes and fees." When I clicked to continue I discovered that the total price was $1,022.75 – the same as Expedia minus Expedia's $5 booking fee.

With the cFares rebate, I saved a total of $40 over the lowest price I could have paid. Of course this was just a test. I had similar savings when I used cFares to book and buy a family vacation to Mexico that the four of us really do plan to take this summer.

In addition to the prices presented to you, cFares also offers a service called cAgent. As with Priceline.com, you set your own price by telling the service what you're willing to pay. But unlike Priceline, you're not committing to buy the ticket.

If cAgent finds a flight at the price you specify, it reserves the seat but doesn't buy it until you make that decision, knowing exactly what time you're leaving and what airline you'll be flying on. I tried it to get a ticket from San Jose to Cabo San Lucus for $299. After two days of no luck at that price, I used cFares to find me a Platinum price of $318 a ticket, which was still a pretty good deal. Use of cAgent is only available to Platinum members, who pay $50 a year

Based on a few tests, cFares did indeed generally did save me money but if getting the lowest price is a priority, it still pays to shop around, especially on the airlines' own websites.

Increasingly, airlines and hotels are offering their best prices on their own sites, in addition to other incentives such as extra frequent flier miles. Because cFares partners with the airlines, you could wind up with the best of both worlds by buying from the airline and getting the perks and lowest price, as well as an additional savings through the cFares rebate.

But it's still best to shop around.