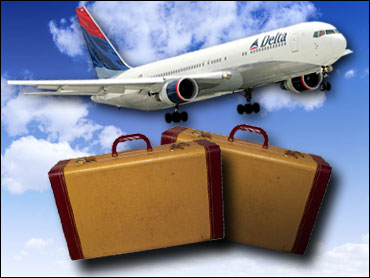 U.S. airlines never met a fee they didn't like. Until now, it seems.

Five major carriers on Sunday agreed not to follow the lead of a small Florida airline that plans to charge for carryon bags. Their commitment comes just in time to keep travelers from running for the exits during the peak summer flying season, but it is doubtful that it marks a change in strategy.

Airlines are going to tack on every fee they feel they can get away with because it bolsters their revenue stream while allowing them to keep base fares lower. They just don't feel like passengers will tolerate losing their sacred free carryons - at least not right now.

The promise to New York Sen. Charles Schumer from American Airlines, Delta Air Lines, United Airlines, US Airways and JetBlue Airways comes despite the fact that some of those same airlines are expected to report first-quarter losses next week. They were stung by higher fuel prices and the heavy February snowstorms.

Ancillary fees for air travel - including baggage fees, reservation change fees and other miscellaneous operating revenue - have been piling up.

But major carriers risk alienating customers if they follow Spirit Airlines' lead and impose a fee on carryon bags. In August, Spirit will begin charging customers up to $45 to place a bag in an overhead bin.

Other fees haven't stopped people from flying, but many can be avoided. Carryon bag fees would be hard to avoid.

"We believe it is something that's important to our customers and they value, and we will continue making that available to them at no charge," American Airlines spokesman Roger Frizzell said.

It wasn't clear how long the five airlines had pledged not to charge for carryons. Frizzell couldn't say, and a spokesman for Delta declined to comment.

Schumer and five other Democratic senators support legislation that would tax airlines if they charge carryon bag fees.

Schumer said the legislation will move forward until it becomes clear that no airline will institute the charges. He will have an uphill battle changing the minds of Spirit executives when he meets with them soon.

Baldanza told The Associated Press on Sunday that his airline is moving ahead with its carryon bag fee.

"Our plan was never predicated on anyone matching us," Baldanza said. "The fact that other people are saying they won't has never changed our view that this is right."

He said his competitors' decision actually puts pressure on those airlines because Spirit has lowered its fares more than the price of the new fee.

"We knew we took a risk with this strategy, but we believe on balance it's one that our customers will buy into," Baldanza said.

Analysts expect several major carriers to get back in the black in the current quarter - the second quarter - and in the second half of the year, thanks to the summer and holiday travel rushes. They wouldn't want anything like an uproar over carryon bag fees to keep passengers from flying.

Even so, for the financial improvement airlines have seen to be sustainable, revenue needs to keep rising - either through higher fares, more fees or both - and airlines need to better position themselves in case fuel prices spike even higher.

On the last day of the first quarter - March 31 - the price of a barrel of oil closed at $83.76, more than 68 percent higher than on the same day a year earlier.

That means if major carriers don't charge for carryons, they could increase existing fees or institute new fees altogether.

Any way you cut it, that adds up to less money in the pockets of U.S. air travelers.

"As a practical matter, as industry conditions change and if profitability is further challenged, we're likely to see some sort of price increase," aviation consultant Mark Kiefer said.