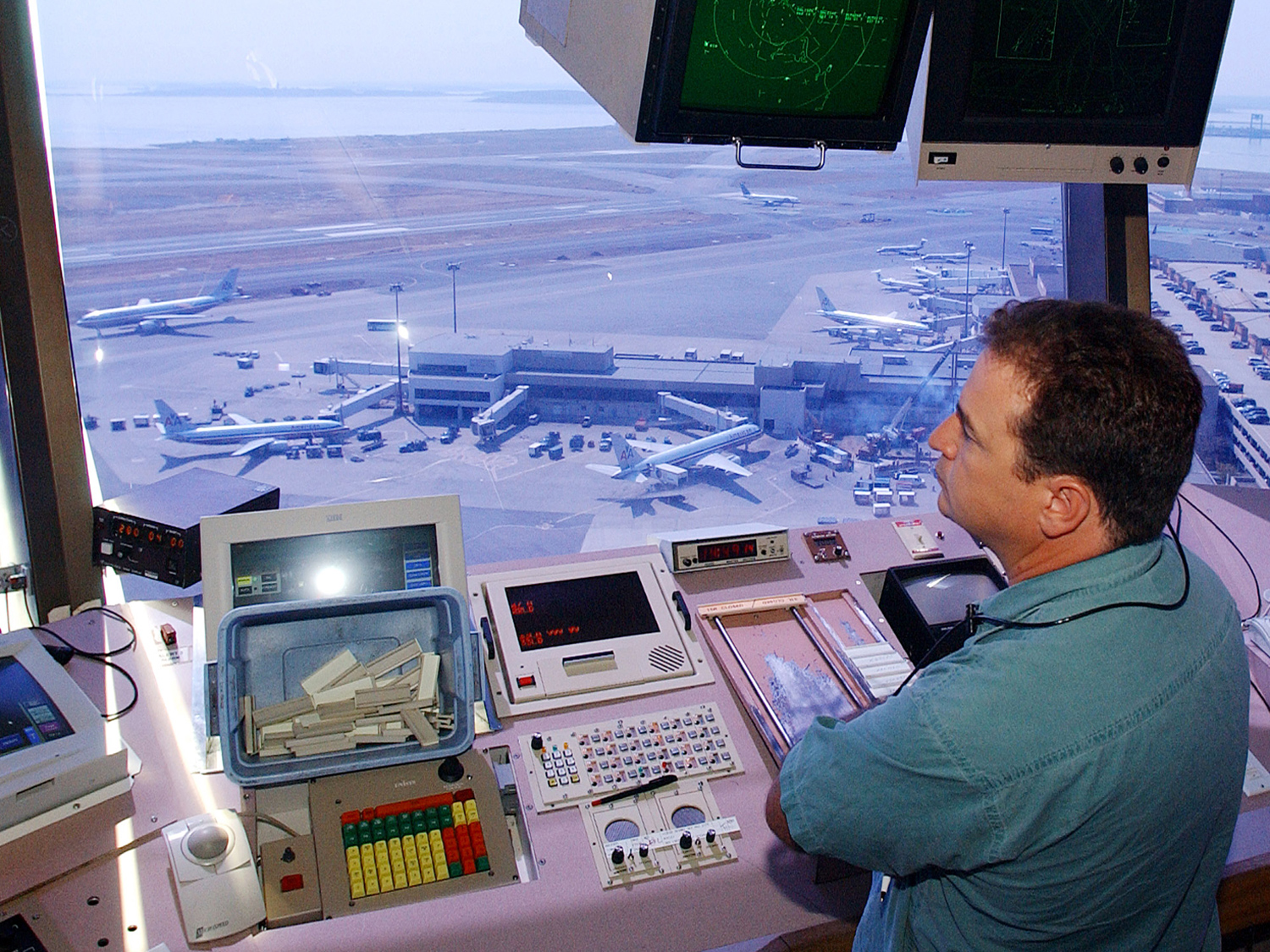 WASHINGTON - The U.S. government said Sunday it is giving air traffic controllers an extra hour off between shifts so they don't doze off at work, a problem that stretches back decades. But officials rejected the remedy that sleep experts say would make a real difference: on-the-job napping.

"On my watch, controllers will not be paid to take naps. We're not going to allow that," Transportation Secretary Ray LaHood said.

That's exactly the opposite of what scientists and the Federal Aviation Administration's own fatigue working group say is needed after the disclosure of five cases since late March of sleeping controllers. The latest one occurred just before 5 a.m. local time Saturday at a busy regional radar facility that handles high altitude air traffic for much of Florida, portions of the Atlantic Ocean and the Caribbean Sea.

Several other countries, including Germany and Japan, permit controllers to take sleeping breaks and they provide quiet rooms with cots for that purpose.

"Given the body of scientific evidence, that decision clearly demonstrates that politics remain more important than public safety," said Bill Voss, president of the Flight Safety Foundation of Alexandria, Virginia. "People are concerned about a political backlash if they allow controllers to have rest periods in their work shifts the same way firefighters and trauma physicians do."

It has been an open secret in the FAA dating to at least the early 1990s that controllers sometimes sleep on the job. Toughest are the midnight shifts, which usually begin about 10 p.m. and end about 6 a.m.

Scientists say it would be surprising if controllers didn't doze sometimes because they are trying to stay awake during the time of day when the body naturally craves sleep.

Studies show that 30 percent to 50 percent of night-shift workers report falling asleep at least once a week while on the job, according to Dr. Charles Czeisler, chief of sleep medicine at Brigham and Women's Hospital in Boston.

Six of eight present and former controllers interviewed by The Associated Press acknowledged they briefly fell asleep while working alone at night at least once in their careers. Most of the controllers asked not to be identified because they didn't want to jeopardize their jobs or the jobs of colleagues.

Much more common is taking a nap on purpose, they said. On midnight shifts, one controller will work two positions while the other one sleeps and then they switch off, controllers said. The unsanctioned arrangements sometimes allow controllers to sleep as much as three hours or four hours out of an eight-hour shift, they said.

The FAA does not allow controllers to sleep at work, even during breaks. Controllers who are caught can be suspended or fired. But at many air traffic facilities the sleeping swaps are tolerated as long as they don't affect safety, controllers said.

"It has always been a problem," said former controller Rick Perl, who retired last year.

In 1991, a Denver television station caught controllers leaving a regional radar center during midnight shifts to sleep in their cars, sometimes for as long as five hours. A former internal watchdog at the Department of Transportation, Mary Schiavo, recalled her office investigating a similar incident in Texas during the early 1990s.

The problem of tired controllers was raised by the National Transportation Safety Board after a 2006 crash of a regional airliner in Lexington, Kentucky, that killed 49 of the 50 people aboard.

The lone controller in the airport tower was wrapping up a schedule that compressed five eight-hour shifts into four days. He cleared a regional jet for takeoff and failed to notice the plane make a wrong turn onto a runway that was too short.

The board cited pilot error as the cause of the accident, but noted the controller had slept only two of the previous 24 hours. The board also cited other incidences of mistakes by tired controllers. They include a controller who ordered a passenger jet to take off directly into the path of another jet at Chicago's O'Hare International Airport in 2006, and a controller who cleared a cargo jet for takeoff on a closed runway in Denver in 2001.

An FAA and National Air Traffic Controllers Association working group, relying on sleep research by NASA, the Air Force, the Mitre Corp. and others, recommended in January letting controllers take naps for as long as 2 Â½ hours on midnight shifts. They also recommended that controllers be allowed to sleep during the 20- to 30-minute breaks they receive every few hours during day shifts.

Instead, the FAA's new rules will give controllers at least nine hours off between shifts, compared with eight now. That also was recommended by the working group, but a summary of their report notes the extra hour will likely result in only a "slight improvement" on midnight shifts.

Controllers won't be able to swap shifts to get a long weekend unless there's at least nine hours off from the end of one shift to the start of the other, the FAA said. More managers will be on duty during the early morning hours and at night to remind controllers that nodding off is unacceptable.

"We're going to make sure that controllers are well-rested. We're going to increase the rest time by an hour," LaHood said on "Fox News Sunday."