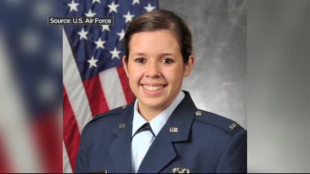 MIAMI - The Department of Defense is looking into the death of a 25-year-old Air Force lieutenant from Miami.

"There were six officers that showed up from the Air Force to give her the news," said McGee.

The family friend says Tobar was looking forward to coming home in about a month.

"She told her mom on Saturday that when she came home she wanted to travel with her and her dad and take a trip. She was hoping for that," said McGee.

McGee, who says she's known Tobar since she was 10 years old, says Tobar enlisted in the Air Force after attending Florida State University.

She was assigned to the 4th Aircraft Maintenance Squadron at Seymour Johnson Air Force Base in North Carolina.

This statement obtained by the Miami Herald from an Air Force official reads, "The entire base joins me in sending our deepest sympathies to the Tobar family during this period of bereavement. The bonds that tie the Air Force family together are strong, both down-range and at home station. This tragedy affects us all; put your arm around those who are grieving, both personally and professionally."

Tobar's loved ones and her colleagues have taken to Facebook to express their grief as they remember someone they say was a remarkable young woman.

"She had an infectious smile. She would walk into any room and just light up the room completely," said McGee.