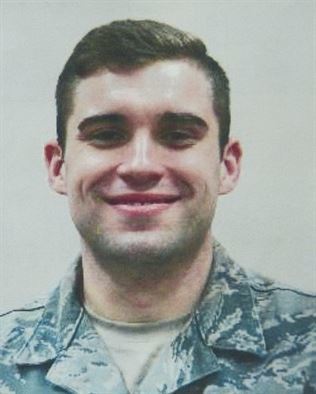 MIDDLETOWN, Ind. -- The U.S. Air Force is searching for an Indiana airman who vanished last week in Italy after attending a cookout near the base where he's served for more than a year.

The Air Force issued an all-points bulletin Friday for Staff Sgt. Halex Hale. The 24-year-old from Middletown, Indiana, is assigned to the 31st Fighter Wing at Aviano Air Base, about 50 miles northeast of Venice.

Hale was last seen on the evening of July 2 at a cookout at a friend's house in Sacile, Italy, about nine miles from the base.

His mother, Amy Hale, said her son left that cookout on foot to visit another friend's home about 15 minutes away but never arrived.

Her husband, Lance Hale, traveled to Italy on Friday as the search for their son continues.

Amy Hale said being thousands of miles from Italy and the language barrier have made getting information a challenge. But she said she's learned that several airmen from the base have searched for Hale.

Amy Hale said her son, who has been based at Aviano since February 2015, previously served in Afghanistan. He has been in the Air Force for six years and "absolutely loves it," she said.

A prayer vigil for Hale was held Thursday at the Middletown Church of the Nazarene.