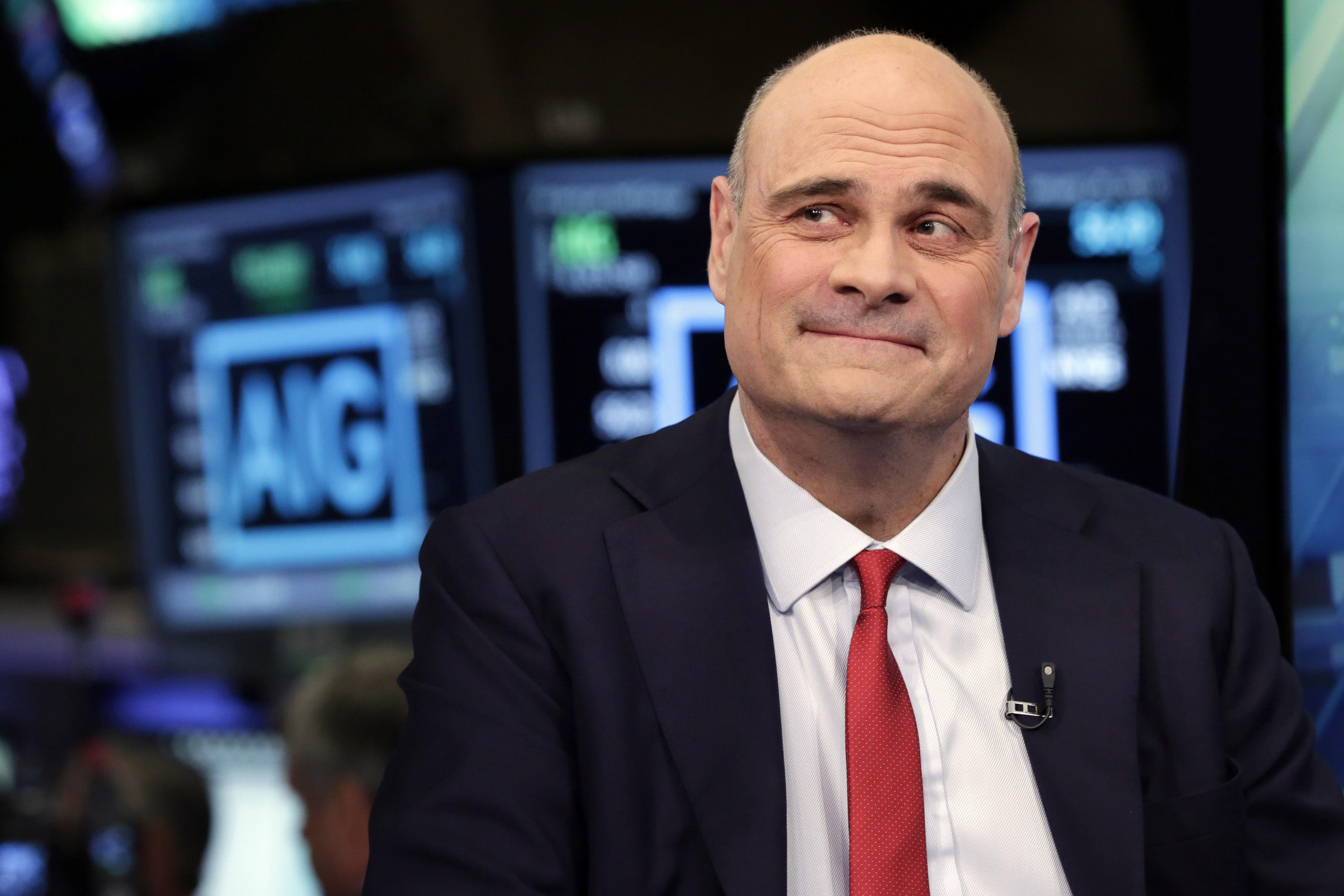 NEW YORK - Three weeks after AIG reported a titanic loss, the person chosen to turn things around at one of the world’s largest insurance companies is stepping down.

AIG said Thursday that CEO Peter Hancock, appointed less than three years ago, will remain as the company’s chief executive until a successor is found.

It was its worst performance since the New York company nearly collapsed in 2008 at the height of the financial crisis. AIG required a $180 billion bailout to prevent a total implosion.

The company paid a record $1.64 billion in February 2006 to settle civil fraud charges with federal and New York authorities, and it apologized for having deceived investors and regulators with misleading accounting practices stretching back two decades.

The Wall Street Journal reported late last month, after the fourth-quarter loss, that the board of directors at AIG would take up the matter of whether Hancock needed to be replaced.

On Thursday in a company release, Hancock said that without “wholehearted” support from shareholders, he felt it best to step down because he didn’t want anything to undermine the progress that’s been made at AIG.

The company has been under intense pressure from activist investors to break itself up. One of them, billionaire Carl Icahn, called the company “too big to succeed,” playing off a phrase that emerged during the financial crisis, “too big to fail.”

U.S. financial regulators deemed at the time that the collapse of AIG could set off a catastrophic series of events that would threaten the global economy.

The company responded in early 2016, issuing a timetable for a turnaround and promising to return $25 billion to shareholders through share buybacks and dividends.

That included the sale of assets, including a $3.4 billion deal for its stake in United Guaranty.

Icahn and another big investor, John Paulson, were eventually awarded representation on the company board.

Icahn on Twitter Thursday said, “We fully support the actions taken today by the board of AIG.”