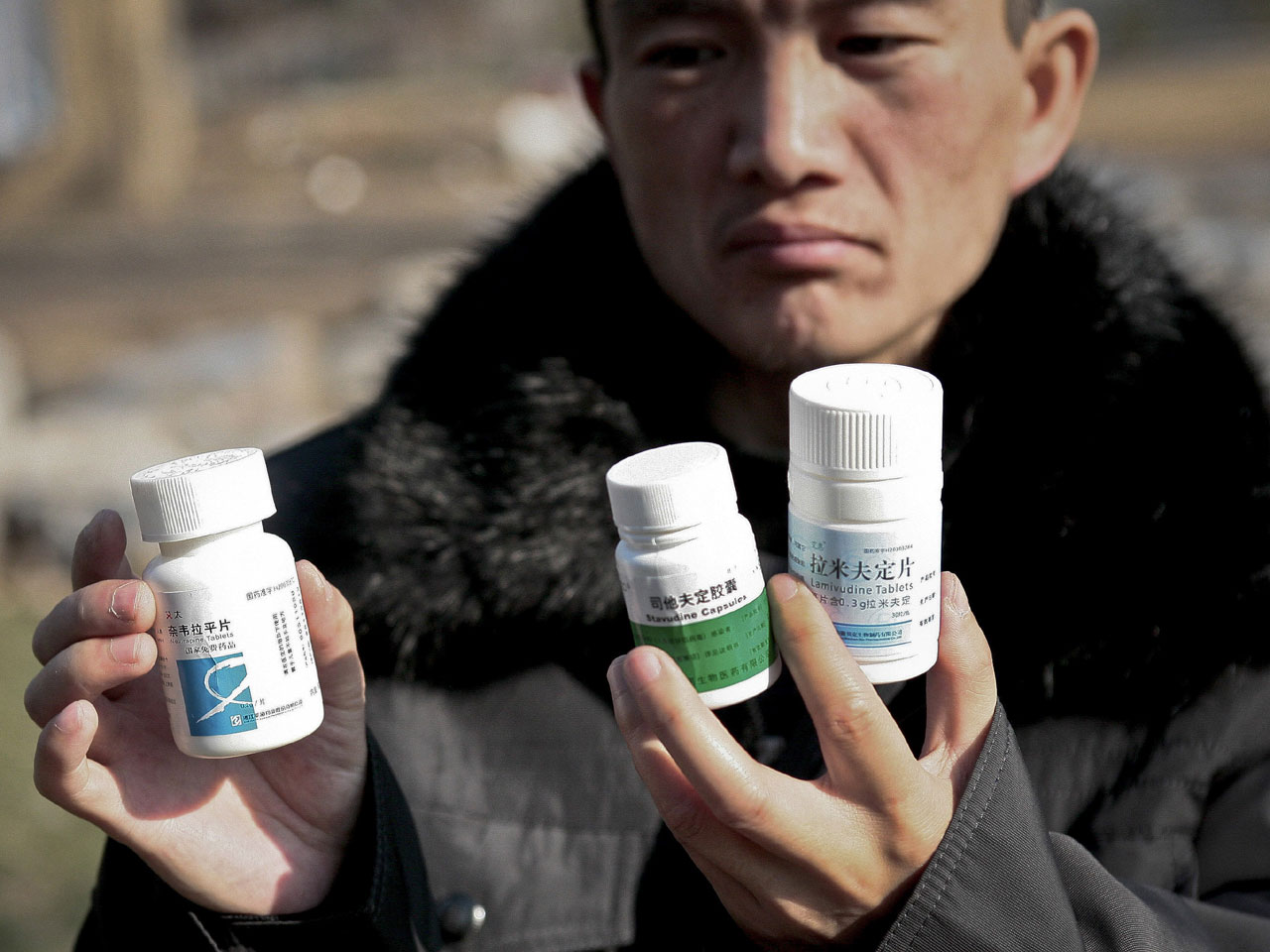 BEIJINGWang Pinghe wants the tumor in his liver removed before it becomes life-threatening. But the 28-year-old Chinese villager knows it will be hard to find a hospital that will do the operation - because he has AIDS.

In China, hospitals routinely reject people with HIV for surgery out of fear of exposure to the virus or harm to their reputations. After years of denying AIDS was a problem in China, the country has significantly improved care for patients, but the lingering stigma sets back those advances.

"In my hometown, not a single hospital is willing to operate on people infected with HIV," said Wang, who traveled to Beijing from Runan county in the central province of Henan to try to draw the attention of central authorities to the issue by speaking to the foreign media.

"This is not discrimination by one single person but by an entire country," he told The Associated Press.

The stigma against people with HIV runs especially deep in China, from being unofficially barred from government jobs to being expelled from school.

Now, as more people rail against the myriad inequalities that plague Chinese society, people with HIV are becoming increasingly willing to assert their right to fair treatment.

One man recently claimed the spotlight by altering his medical records to hide his HIV-positive condition so he could get surgery for lung cancer. The man, who went by the pseudonym Xiaofeng, told state media he had been turned away by two hospitals.

His story sparked a firestorm of criticism directed at both the hospitals for rejecting him and the patient for exposing medical staff to risks they were not aware of.

"Xiaofeng was smart. When he felt that his life was in danger, he found a way to save himself," said Li Hu, a Tianjin-based activist who helped Xiaofeng and later publicized the case online. "But this way isn't good for anyone, be it the patient or medical workers. Now the question is: Can we find a way that is favorable for everyone?"

The incoming premier, Li Keqiang, was prompted to issue a statement saying that health facilities must not discriminate against people with HIV. During a meeting Monday with a dozen activist groups, he said such discrimination would be severely punished, according to Li Hu.

The disease is a sensitive issue for Li Keqiang, who was governor of Henan province in 1998 when tens of thousands of people contracted HIV from state-sponsored blood-buying rings with unhygienic practices. Activists have urged Li to acknowledge the government's responsibility for the disaster and provide compensation, with little success.

China has made significant strides in tackling the epidemic, with the AIDS mortality rate falling 64 percent from 2002 to last year. The government last year increased HIV treatment by 50 percent - reaching three-quarters of the adults and children who require it, according UNAIDS.

An estimated 780,000 people have HIV in China. There has been an increasing trend of cases transmitted through sex rather than intravenously, with sex workers and gay men considered most at risk, said Guy Taylor, a communications officer for UNAIDS.

About 70,000 new cases were reported in the first 10 months of this year, largely through sexual transmission, as compared with about 93,000 for all of last year, the Health Ministry announced this week at a news conference ahead of World AIDS Day on Saturday.

With improved access to lifesaving drugs, people with HIV in China are living longer, which means more are seeking treatment for other ailments.

Chinese law bars medical facilities from refusing to treat people with HIV, but activists say discrimination continues because the law spells out no serious punishments. Many patients cannot afford the time and expense of taking hospitals to court.

In interviews with patients, their spouses and activists, The Associated Press found a half-dozen cases of people with HIV being turned away by doctors as soon as they declared their HIV-positive status or it turned up in routine pre-operation tests.

In Henan province, a county hospital refused to operate on wheat farmer Zhu Weidong's 45-year-old wife, who had cervical cancer. Zhu, who spoke on condition that his wife remain anonymous, said he had to take her to the provincial capital. Including travel and other expenses, the procedure cost 40,000 yuan ($6,500) - a third more than at a local facility - which Zhu had to borrow from relatives and friends.

Similarly, a 31-year-old civil servant in the central city of Chongqing said his doctor recommended a liver biopsy after he reported severe lower back pain, but declined to carry it out once he tested positive for the virus. The man - who would only give his nickname, Xiaobai, out of concern he might lose his job - said it was a year later when he finally was able to get a biopsy in Shanghai, and it showed he had lost half his liver function.

"I can't help but wonder if I could have found out a year ago and saved more of my liver," he said. "I worry about what I would do if one day I needed dialysis. What if I need a liver transplant?"

The China Alliance of People Living with HIV/AIDS, a Beijing-based network, said that a survey last year found dozens of patients being turned away by facilities throughout the country - in some cases even leading to deaths.

"I feel that if a doctor refuses to treat a patient who is HIV positive, it is a crime akin to murder," said the group's coordinator, Meng Lin, who recounted being denied a CT scan by a Beijing doctor in September, after he told him he had AIDS.

Dr. Wu Zunyou, who leads the government's HIV/AIDS center, said he believes attitudes will change. He said Chinese health workers report about 700 cases of accidental contact with the every year and none have resulted in infections. He welcomed the public debate the Tianjin case triggered.

"The debate causes medical workers to think about the issue and health facilities to improve their management, so there should be fewer chances for such things to happen in the future," Wu said.