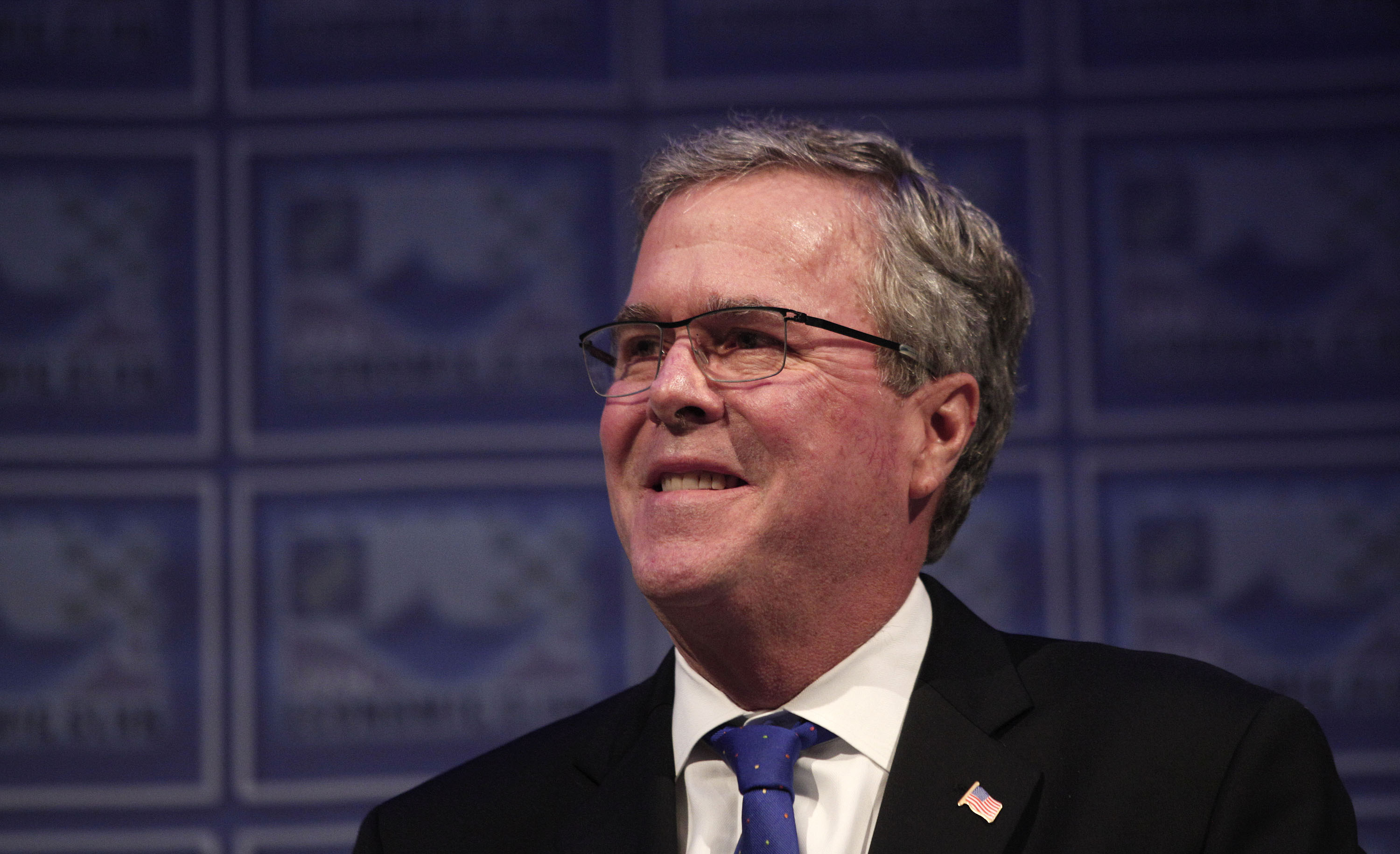 An aide to Jeb Bush's political action committee resigned Tuesday after a series of reports on sexist, racist, and homophobic remarks he'd made over the last several years.

Ethan Czahor, whose hiring as the chief technology officer of Bush's Right to Rise PAC was announced Monday, came under fire almost immediately in his new post when it was discovered that he'd recently purged his Twitter feed of many offensive comments.

Several of the tweets targeted women, referring to them as sluts. In one remark, published in 2009 and first reported by Buzzfeed, Czahor wrote, "New study confirms old belief: college female art majors are sluts, science majors are also sluts but uglier." In another tweet, he wrote, "Most people don't know that 'halloween' is German for 'night that girls with low self-esteem dress like sluts.'"

Other tweets showcased Czahor's belief that many gay men want to sleep with him. "When I burp in the gym I feel like it's my way of saying, 'sorry guys, but I'm not gay'[,]" one 2010 tweet read. Another, published in 2011, offered, "the golds gym in San Francisco has a wide selection of free weights, machines, and men who undress you with their eyes while you work out."

Those remarks were enough to earn Czahor a light censure from Bush's organization. A spokesman told Buzzfeed the former Florida governor "believes the comments were inappropriate" and that Czahor was asked to remove the offending posts.

Czahor offered his own mea culpa on Twitter, explaining, "i deleted some old jokes i made years ago that i no longer find funny or appropriate. #learning #maturing[.]"

Later on Tuesday, though, the Huffington Post reported on a number of racially insensitive remarks Czahor made in 2008 as the host of a radio show at East Stroudsburg University in Pennsylvania.

In one rant, Czahor offered backhanded praise for Martin Luther King Jr.'s "I Have a Dream" speech: "he didn't have his pants sagged to his ankles, and he wasn't delivering his speech in 'jibberish' or 'slang' (ie. he wasn't speaking like a rapper)." He also argued against affirmative action programs, lecturing black parents to "get their sh@# together, as the majority of newborn black babies belong to single-parent households."

Those remarks proved too much for Bush's team to handle, and Czahor stepped down from his job on Tuesday. "While Ethan has apologized for regrettable and insensitive comments, they do not reflect the views of Governor Bush or his organization and it is appropriate for him to step aside," the PAC explained in a statement. "We wish him the best."

Czahor tweeted about his own firing late Tuesday, writing, "...and i've resigned my role at right to rise. best of luck to everyone there, and i apologize in advance to whoever fills my position."